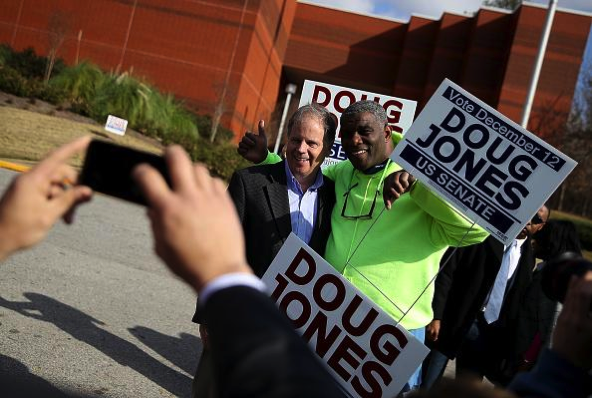 "Democrat Doug Jones won the special election for the Alabama Senate seat on Tuesday night, defeating Republican candidate Roy Moore after a bitter election that captivated national attention for weeks. Jones won the election with 49.9 percent of the vote, while Moore received 48.4 percent. Write-in candidates made up 1.7 percent of votes in the race, according to CNN exit poll data.

On average, women preferred Jones by 57 percent, according to CNN, but the breakdown differed greatly by race. Black women were a particularly important demographic for Jones’s win, turning out in big numbers in a way that was reminiscent of Democratic turnout for former President Barack Obama.