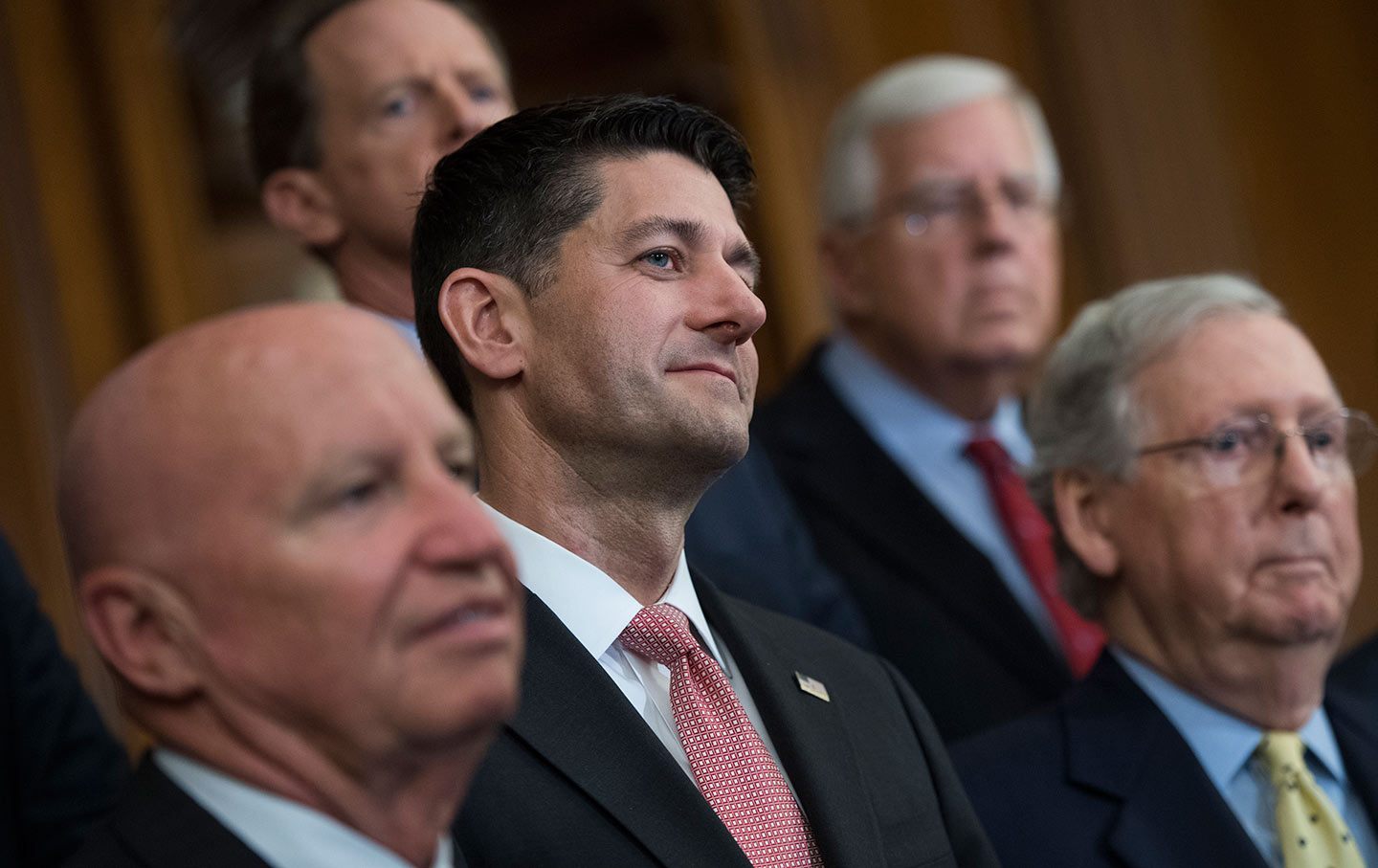 "In a recent interview, Congressman Jim McGovern (D-MA) described the Republican approach to government as “survival of the fittest.”

McGovern is right. The Republican tax bill, on which Congress is expected to vote on Tuesday, is effectively a bid to weed out people struggling to make ends meet. It could have dire consequences for the social safety net—and for the 70 percent of us who will turn to a means-tested program like Medicaid or the Supplemental Nutrition Assistance Program (SNAP) at some point in our lives. And it could impact millions who expect to rely later in life on Medicare and Social Security..."

The Republican Plan Isn’t Just About Taxes—It’s About Shredding the Safety Net | The Nation
Posted by John H Armwood II at 8:53 AM