'Kill the messenger': how Fox News cried 'coup' over the Trump-Russia inquiry | US news | The Guardian 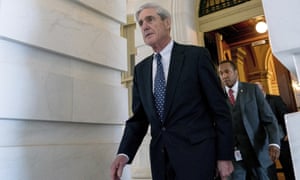 "Fox News has long been considered an outlet friendly to conservatives, and its best-known hosts of opinion programs in the evening such as Hannity and former colleague Bill O’Reilly have long pushed rightwing issues. Owned by the Australian-born mogul Rupert Murdoch, the channel has a longtime viewer in Donald Trump, who often live-tweets its programming and has sat for 20 interviews with Fox News employees, far more than he has for any other outlet.

Although the network had long dismissed the Russia investigation as an unnecessary distraction from what some Fox personalities viewed as the real scandals involving Hillary Clinton, the tone has changed in recent weeks with increased rhetoric about “a coup” and the threat to Trump posed by “the deep state”.

The growing criticism comes at a time when Mueller’s investigation has made further progress with the early December plea agreement by the former national security adviser Mike Flynn. However, with few exceptions, congressional Republicans have yet to join the attacks on Mueller.

And Fox News can play a critical role in how the investigation is perceived by supporters of Trump. It is predominantly watched by conservatives, and is a key source for much of Trump’s base. A July poll found that 33% of Republicans get their news only from Fox and indicated a deep distrust of mainstream news outlets among rightwing partisans.

“It reinforces the Trump base. It doesn’t get anybody outside the silo,” said Rick Wilson, a prominent conservative consultant and vocal “never-Trumper”. “Their purpose here is not to convince other Americans that Bob Mueller is corrupt and a Hillary Clinton supporter and needs to be fired.”

In his view, “the conservative media ecosystem has become a shield wall and a defense mechanism for Trump’s base rather than something that is changing everybody else’s opinions and attitudes.”

Although Trump’s counsel Ty Cobb has been urging calm inside the White House and has insisted the investigation will be over in the new year, outside advisers have been taking a different tack. Breitbart, the publication run by former top White House aide Steve Bannon, has been constantly hostile to Mueller, and Jay Sekulow, a lawyer for Trump outside the administration, has been an active surrogate casting doubt on the investigation.

Sam Nunberg, a former Trump campaign aide, agreed. He told the Guardian: “The issue is Fox News and that echo chamber helps keep Republican opposition against the investigation high.” He noted this was also critical in the 1990s to bolstering conservative support for Ken Starr’s investigation of Bill Clinton.

Nunberg noted: “From a practical point of view, this investigation is getting closer and closer not necessarily to the president but to [Jared] Kushner [the president’s son-in-law and adviser] and potentially damaging information. So they are taking the kill the messenger approach which is why you see all this loud hoopla over Mueller getting the emails” – a reference to a claim by Republicans that Mueller’s inquiry inappropriately gained access to messages from Trump’s transition team, which Mueller’s spokesman has denied....

'Kill the messenger': how Fox News cried 'coup' over the Trump-Russia inquiry | US news | The Guardian
Posted by John H Armwood II at 12:58 PM