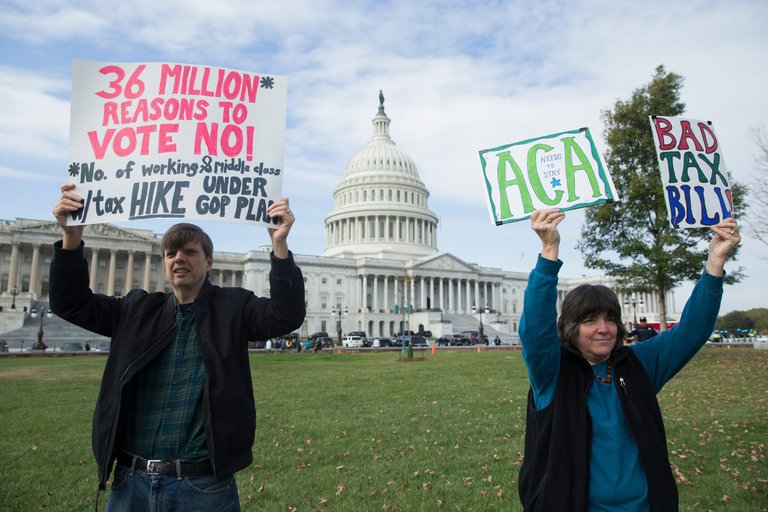 "... The Senate could vote as soon as next week on a bill that, according to one government estimate, would increase the number of people who don’t have health insurance by 13 million and cause insurance companies to raise premiums substantially. The House passed a tax-cut bill last week that would eliminate the medical expense deduction, which is used by nearly nine million people with medical problems so severe they spend more than 10 percent of their income on health care. Further, because of the amount of revenue both bills would vaporize, they would also prompt automatic spending cuts to Medicare and other government programs that low-income and middle-class Americans rely on...."

When a Tax Cut Costs Millions Their Medical Coverage - The New York Times
Posted by John H Armwood II at 10:15 AM