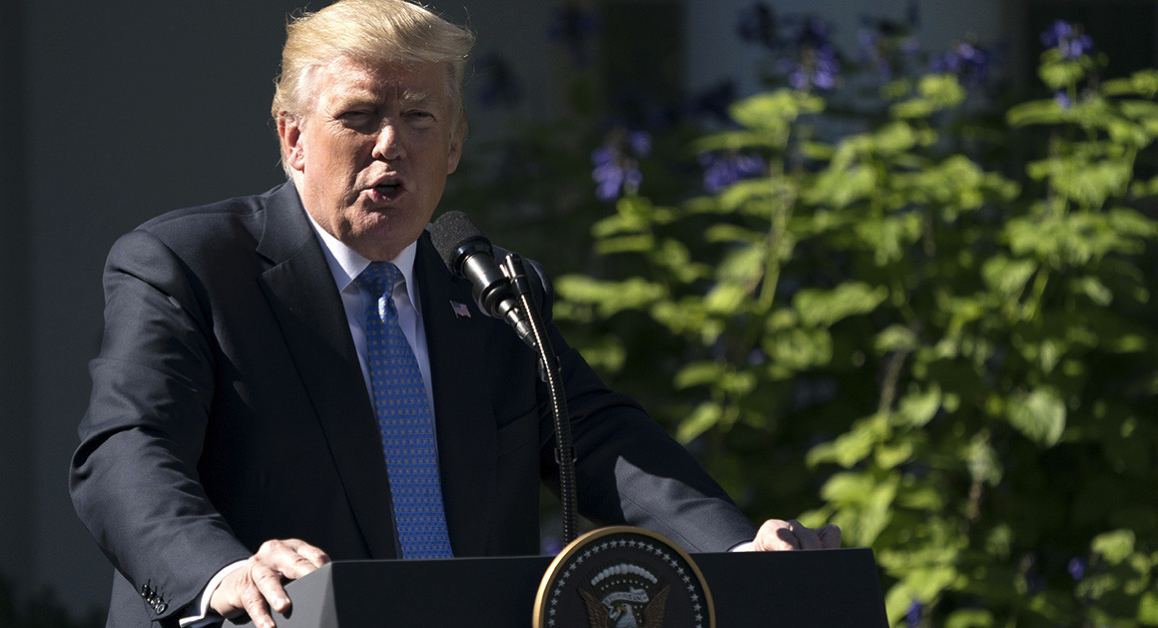 "Staffers at the National Security Council drafted and circulated a statement of condolence for President Donald Trump to make almost immediately after a deadly ambush of U.S. soldiers in Niger earlier this month.

But Trump never publicly issued the statement, and, some two weeks later, is now in hot water over his initial silence on the soldiers’ deaths and alleged controversial comments he made to a widow of one of the dead.

The draft statement, a copy of which was seen by POLITICO on Wednesday, was put together on Oct. 5 and reads as follows:

‘Melania and I are heartbroken at the news that three U.S. service members were killed in Niger on October 4 while providing guidance and assistance to Nigerien security force counter-terror operations. We offer our deepest condolences to the families and friends of these brave American soldiers and patriots. They will remain in our thoughts and prayers.

'We are also praying for the two U.S. service members who were injured in the incident. We wish them a complete and swift recovery.

'The heroic Americans who lost their lives yesterday did so defending our freedom and fighting violent extremism in Niger. Our administration and our entire nation are deeply grateful for their sacrifice, for their service, and for their patriotism.’

The statement was circulated among NSC officials as well as Defense Department officials. But it was never released, and it was not immediately clear why."