What America Taught the Nazis in the 1930s - The Atlantic 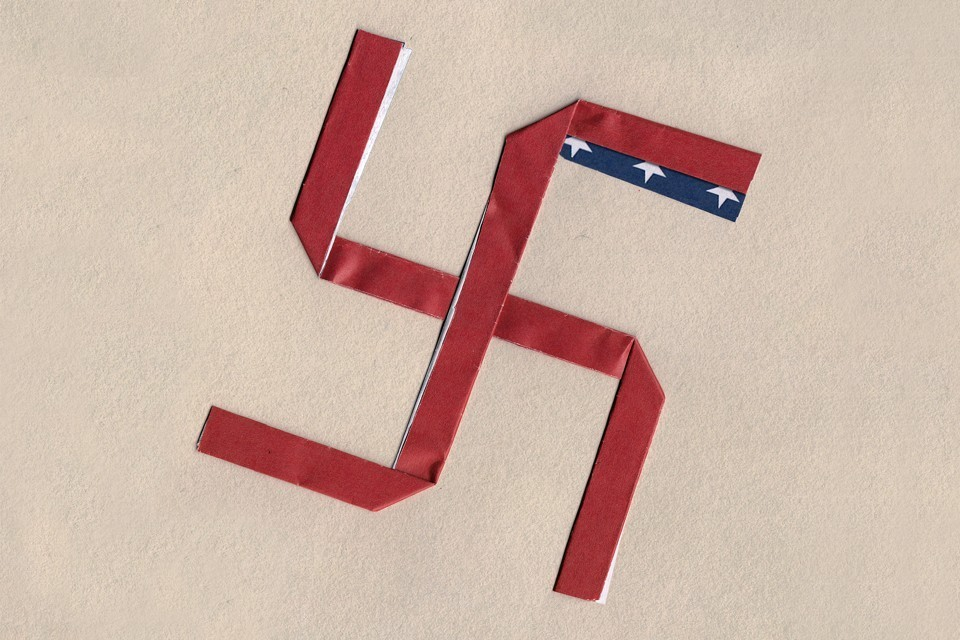 "In the 1930s, the Germans were fascinated by the global leader in codified racism—the United States.
There was no more extravagant site for Third Reich political theater than the spectacular parade grounds, two large stadiums, and congress hall in Nuremberg, a project masterminded by Albert Speer. From 1933 to 1938, he choreographed massive rallies associated with the annual conference of the Nazi Party, assemblies made famous by Leni Riefenstahl’s stunning documentaries of 1933 and 1935, The Victory of Faith and Triumph of the Will. Nuremberg was the setting for the September 1935 “Party Rally of Freedom,” at which a special session of the Reichstag passed, by acclamation, legislation that disqualified Jews as Reich citizens with political rights, forbade them to marry or have sex with persons identified as racial Germans, and prohibited any display by Jews of national colors or the new national flag, a banner with a swastika.
Just eight days after the Reich Citizenship Law, the Law on the Protection of German Blood and German Honor, and the Reich Flag Law were formally proclaimed by Adolf Hitler, 45 Nazi lawyers sailed for New York under the auspices of the Association of National Socialist German Jurists. The trip was a reward for the lawyers, who had codified the Reich’s race-based legal philosophy. The announced purpose of the visit was to gain “special insight into the workings of American legal and economic life through study and lectures,” and the leader of the group was Ludwig Fischer. As the governor of the Warsaw District half a decade later, he would preside over the brutal order of the ghetto.

Every day brings fresh reminders that liberal and illiberal democracy can entwine uncomfortably, a timely context for James Q. Whitman’s Hitler’s American Model, which examines how the Third Reich found sustenance for its race-based initiatives in American law. Upon docking, the Germans attended a reception organized by the New York City Bar Association. Everyone in the room would have known about the recent events in Nuremberg, yet the quest by leading Nazi jurists to learn from America’s legal and economic systems was warmly welcomed.
Whitman, a professor at Yale Law School, wanted to know how the United States, a country grounded in such liberal principles as individual rights and the rule of law, could have produced legal ideas and practices “that seemed intriguing and attractive to Nazis.” In exploring this apparent incongruity, his short book raises important questions about law, about political decisions that affect the scope of civic membership, and about the malleability of Enlightenment values.

Pushing back against scholarship that downplays the impact in Nazi Germany of the U.S. model of legal racism, Whitman marshals an array of evidence to support the likelihood “that the Nuremberg Laws themselves reflect direct American influence.” As race law’s global leader, Whitman stresses, America provided the most obvious point of reference for the September 1933 Preußische Denkschrift, the Prussian Memorandum, written by a legal team that included Roland Freisler, soon to emerge as the remarkably cruel president of the Nazi People’s Court. American precedents also informed other crucial Nazi texts, including the National Socialist Handbook for Law and Legislation of 1934–35, edited by the future governor-general of Poland, Hans Frank, who was later hung at Nuremberg. A pivotal essay in that volume, Herbert Kier’s recommendations for race legislation, devoted a quarter of its pages to U.S. legislation—which went beyond segregation to include rules governing American Indians, citizenship criteria for Filipinos and Puerto Ricans as well as African Americans, immigration regulations, and prohibitions against miscegenation in some 30 states. No other country, not even South Africa, possessed a comparably developed set of relevant laws.

Especially significant were the writings of the German lawyer Heinrich Krieger, “the single most important figure in the Nazi assimilation of American race law,” who spent the 1933–34 academic year in Fayetteville as an exchange student at the University of Arkansas School of Law. Seeking to deploy historical and legal knowledge in the service of Aryan racial purity, Krieger studied a range of overseas race regimes, including contemporary South Africa, but discovered his foundation in American law. His deeply researched writings about the United States began with articles in 1934, some concerning American Indians and others pursuing an overarching assessment of U.S. race legislation—each a precursor to his landmark 1936 book, Das Rassenrecht in den Vereingten Staaten (“Race Law in the United States”).

Whitman’s “smoking gun” is the transcript of a June 5, 1934, conference of leading German lawyers gathered to exchange ideas about how best to operationalize a racist regime. The record reflects how the most extreme among them, who relied on Krieger’s synoptic scholarship, were especially drawn to American legal codes based on white supremacy. The main conceptual idea was Freisler’s. Race, he argued, is a political construction. In both America and Germany, the importance and meaning of race for the most part had been determined less by scientific realities or social conventions than by political decisions enshrined in law.

But even indisputable evidence of the Germans’ intense interest in American models doesn’t clinch a formative role for U.S. racial law, as Whitman himself is careful to acknowledge. After all, Nazism’s intellectual and political leaders may well have utilized American examples merely to make more legitimate the grotesque designs they already planned to pursue. In any case, answering the question of cross-national influence is ultimately less important than Whitman’s other goal, which is to examine the status of racial hierarchy in the United States through Nazi eyes. “What the history presented in this book demands that we confront,” he writes, “are questions not about the genesis of Nazism, but about the character of America.”
His disturbing report thus takes its place within the larger history of the United States as a polity founded on principles of human equality, Enlightenment reason, and constitutional limits on state power, yet molded by the prodigious evil and long-term consequences of chattel slavery based on race. To read Hitler’s American Model is to be forced to engage with the stubborn fact that during the 1933–45 period of the Third Reich, roughly half of the Democratic Party’s members in Congress represented Jim Crow states, and neither major party sought to curtail the race laws so admired by German lawyers and judges.

How to understand the relationship between race and democracy has been a pressing question ever since the United States was founded. The deep tension between the two—summed up in the irony of a plantation named Equality in Port Tobacco, Maryland, filled with slaves and owned by Michael Jenifer Stone, one of the six members of that state’s delegation to the House of Representatives in the First Federal Congress—puzzled the great student of American equality Alexis de Tocqueville. In Democracy in America, published precisely a century before the Nuremberg Laws, he began a discussion of “the three races that inhabit the territory of the United States” by announcing that these topics “are like tangents to my subject, being American, but not democratic, and my main business has been to describe democracy.”

Whitman invokes the work of political scientists who, in the separate-spheres spirit of Tocqueville, distinguish what they call a white-supremacist order from a liberal and egalitarian order. But his own book shows that such a division is too clear-cut. We must come to terms with race in America in tandem with considerations of democracy. Whitman’s history does not expose the liberal tradition in the United States as merely a sham, as many of the Third Reich’s legal theorists intimated when they highlighted patterns of black and American Indian subordination. Rather, he implicitly challenges readers to consider when and how, under what conditions and in which domains, the ugly features of racism have come most saliently to the fore in America’s liberal democracy. Conversely, we might ask, when and why have those features been repressed, leading to more-equal access for racial minorities to physical space, cultural regard, material life, and civic membership?

Liberal-democratic ideas and institutions in America, unlike in Hitler’s regime, have always been both vulnerable and resistant to racist exclusions. Although the United States entered the 1930s as the globe’s most established racialized order, the pathways from Nuremberg and Jim Crow unfolded very differently, one culminating in mass genocide, the other, after much struggle, in civil-rights achievements. Yet none of these gains, not even the presidency of an African American, has taken issues of race and citizenship off the political agenda. Current debates over both sharply remind us that positive outcomes are not guaranteed. The very rules of the democratic game—elections, open media, and political representation—create persisting possibilities for racial demagoguery, fear, and exclusion. As Freisler and other Third Reich jurists understood all too well, racial ideas and racist policies are profound products of political decisions."

What America Taught the Nazis in the 1930s - The Atlantic