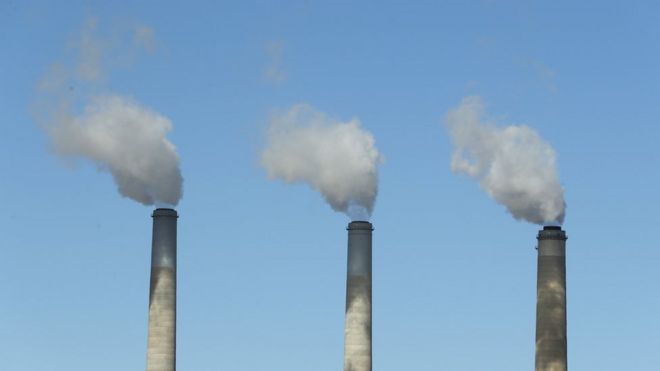 "Concentrations of CO2 in the Earth's atmosphere surged to a record high in 2016, according to the World Meteorological Organization (WMO).

Last year's increase was 50% higher than the average of the past 10 years.

Researchers say a combination of human activities and the El Niño weather phenomenon drove CO2 to a level not seen in 800,000 years.

This year's greenhouse gas bulletin produced by the WMO is based on measurements taken in 51 countries. Research stations dotted around the globe measure concentrations of warming gases including carbon dioxide, methane and nitrous oxide.

The figures published by the WMO are what's left in the atmosphere after significant amounts are absorbed by the Earth's "sinks", which include the oceans and the biosphere..."