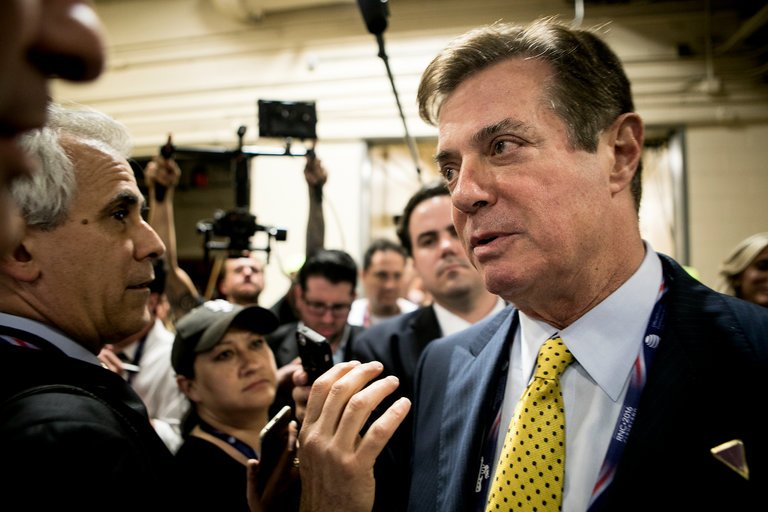 "WASHINGTON — Paul Manafort and his former business associate Rick Gates were told to surrender to federal authorities Monday morning, the first charges in a special counsel investigation, according to a person involved in the case.

The charges against Mr. Manafort, President Trump’s former campaign chairman, and Mr. Gates, a business associate of Mr. Manafort, were not immediately clear but represent a significant escalation in a special counsel investigation that has cast a shadow over the president’s first year in office…."

(Via.).  Paul Manafort, Who Once Ran Trump Campaign, Told to Surrender - The New York Times: