Many question the cost and motivation behind Mike Pence's publicity stunt 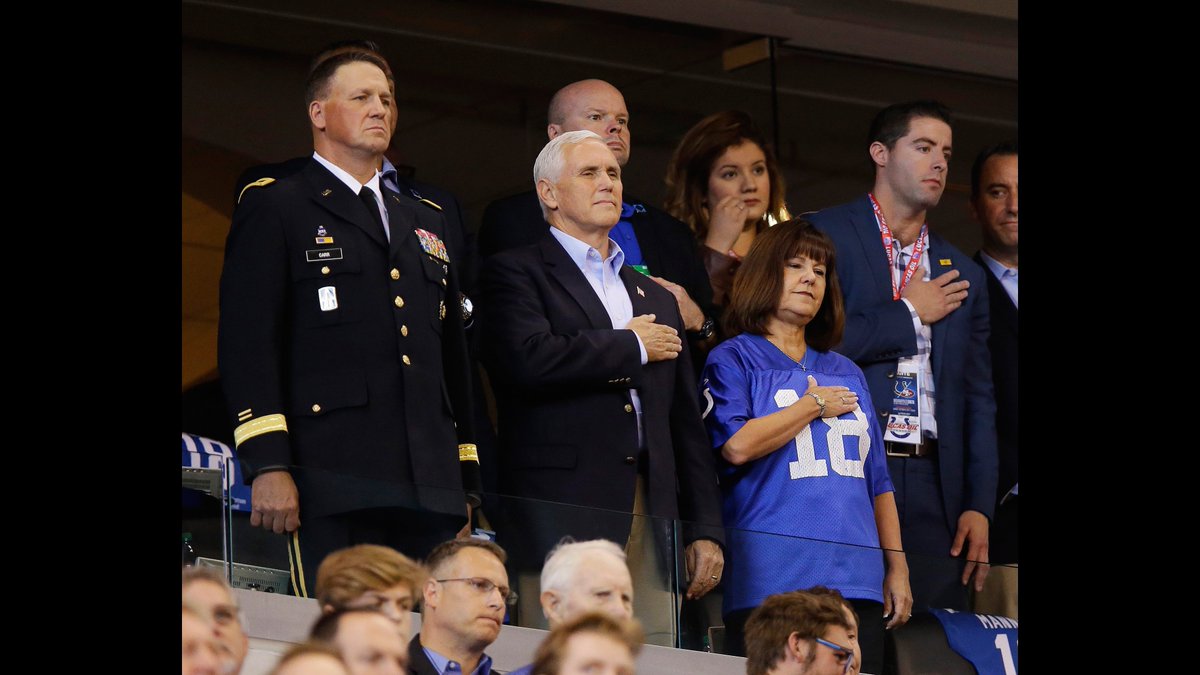 "Vice President Mike Pence flew from Las Vegas, Nevada, to Indiana to attend the Indianapolis Colts game with the intention of immediately leaving if any player knelt during the anthem. When several 49ers players knelt, as they've done all season, Pence left to take Air Force Two back to the west coast."

Many question the cost and motivation behind Mike Pence's publicity stunt
Posted by John H Armwood II at 6:15 PM