In Memo, Sessions Sides With Religious-Liberty Claims over LGBT and Women's rights -The Atlantic 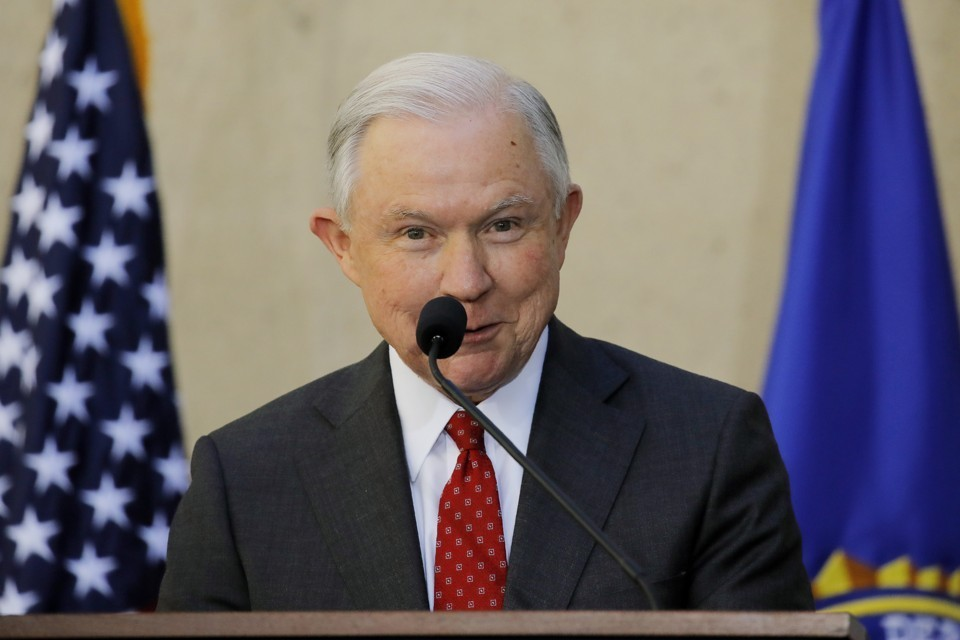 Attorney General Jeff Sessions issued a government-wide memo to bolster federal protections for religious liberties on Friday, a move that could also weaken the federal government’s ability to prevent gender and LGBT discrimination.
In the 25-page memo, Sessions outlines 20 principles of religious liberty for federal departments and agencies to observe. The principles don’t create new protections against religious discrimination; instead, they instruct officials to give greater deference to religious-liberty claims under existing statutory and judicial protections.

“Except in the narrowest circumstances, no one should be forced to choose between living out his or her faith and complying with the law,” Sessions wrote. “Therefore, to the greatest extent practicable and permitted by law, religious observance and practice should be accommodated in all government activity, including employment, contracting, and programming.”

The memo places the Justice Department’s full weight behind the Trump administration’s ongoing efforts to roll back Obama-era legal interpretations that favored women and LGBT Americans. It prioritizes claims of religious-liberty violations over virtually every other concern, including anti-discrimination protections for gay, lesbian, and transgender Americans. And it invites Americans to invoke their faith to opt out of a range of federal rules and regulations when relevant.

The most immediate effect came from the Department of Health and Human Services, where officials issued new rules to largely dismantle the contraceptive mandate for health insurance. (In this case, the rollback also coincided with another top administration priority: to destabilize the Affordable Care Act.) Social conservatives have fought the mandate for years, arguing it compelled employers to violate their religious beliefs. Defenders said it insulated employees and their medical decisions from the personal beliefs of their employers.

(Via.).  In Memo, Sessions Sides With Religious-Liberty Claims - The Atlantic: