Donald Trump Is Rush-Shipping Condolences to Military Families - The Atlantic 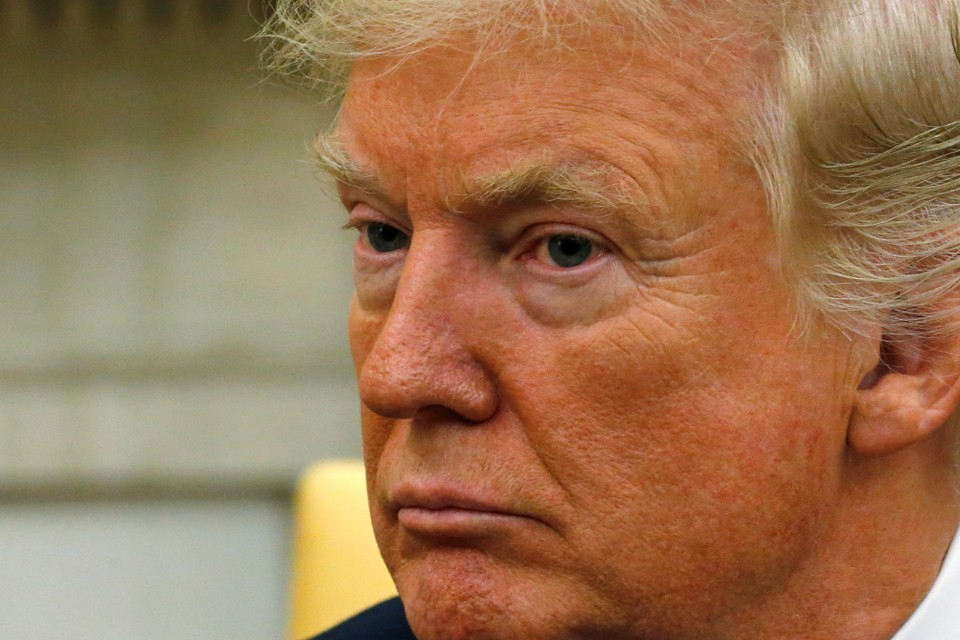 "The Trump administration is scrambling to defend the president’s characterization of his communications with grieving military families, including rush-delivering letters from the president to the families of servicemembers killed months ago. Donald Trump falsely claimed this week that he had called ‘virtually’ all fallen servicemembers’ families since his time in office.

Timothy Eckels Sr. hadn’t heard anything from President Trump since his son Timothy Eckels Jr. was killed after a collision involving the USS John S. McCain on August 21. But then, on October 20, two days into the controversy over the president’s handling of a condolence call with an American soldier’s widow, Eckels Sr. received a United Parcel Service package dated October 18 with a letter from the White House.

‘Honestly, I feel the letter is reactionary to the media storm brewing over how these things have been handled,’ Eckels told The Atlantic. ‘I’ve received letters from McCain, Mattis, and countless other officials before his. I wasn’t sure if the fact that the accident that caused Timothy’s death has still yet to officially have the cause determined played into the timing of our president’s response.’

He added that the letter ‘seemed genuine and even mentioned Timothy’s siblings.’ It was ‘a respectful letter,’ Eckels wrote. The family of Corey Ingram, another Navy systems technician who died in the collision on the USS John McCain, also confirmed to The Atlantic they received a rush-delivered letter from the White House on October 20. A third family, of another sailor who perished in the accident, John M. Hoagland III, said they, too, received a rush-delivery letter this week. It was not immediately clear whether White House condolence letters are typically sent via this expedited shipping. But one former official who served in both Republican and Democratic administrations said that it would be unusual for condolence letters to be sent weeks after the fact, because they were seen as 'priority correspondence, to get to the family in a week or two if possible.'

The White House declined to address The Atlantic’s specific questions about how Trump has—or has not—comforted grieving military families. ‘The president and the nation are grateful for the service and sacrifice of our fallen American heroes,’ a White House official told The Atlantic.‘We have addressed the president’s outreach to the families extensively and out of respect, we are not going to comment further.’"

(Via.).  Donald Trump Is Rush-Shipping Condolences to Military Families - The Atlantic: