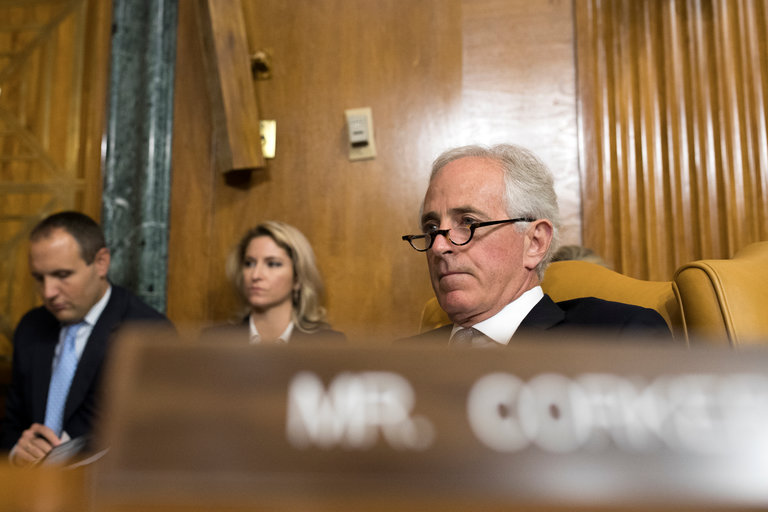 "WASHINGTON — Senator Bob Corker, the Republican chairman of the Senate Foreign Relations Committee, charged in an interview on Sunday that President Trump was treating his office like “a reality show,” with reckless threats toward other countries that could set the nation “on the path to World War III.”

In an extraordinary rebuke of a president of his own party, Mr. Corker said he was alarmed about a president who acts “like he’s doing ‘The Apprentice’ or something.”

“He concerns me,” Mr. Corker added. “He would have to concern anyone who cares about our nation...”