After Harvey, Texas Inmates Were Left in Flooded Prisons Without Adequate Water or Food | The Nation 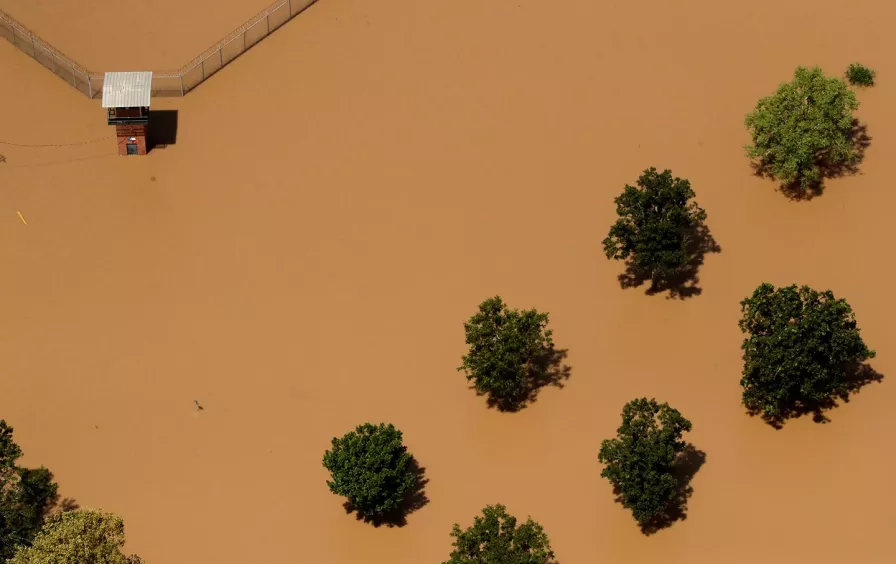 “During and after Hurricane Harvey’s slow and catastrophic crawl over the Gulf states at the end of August, inmates in multiple prisons in Texas were left to suffer in horrifying, inhumane conditions in ravaged facilities across the state, according to nearly 100 inmate accounts obtained by the National Lawyers Guild.

The accounts collected by the NLG report power outages and insufficient access to food, water, and medicine. Inmates described cells flooded knee-high with water contaminated by urine and feces, as well as the inability to flush toilets, take showers, or change clothes for two weeks. The United States Penitentiary, Beaumont, operated by the Federal Bureau of Prisons, was inaccessible to visitors for up to a month after the hurricane. In the Texas prisons affected by the storm, officials have either declined to comment on conditions or denied all inmate claims about the conditions.

As the wettest storm on record in US history bore down in the last days of August—dropping five feet of rain in some areas—completely inundating Houston, killing more than 70 people, and damaging almost 200,000 homes, at least five prisons on the east coast of Texas were evacuated. The logistically intricate process involved moving around 6,000 inmates, including transferring approximately 600 inmates into beds in the Wallace Pack Unit—a facility that had been emptied only weeks earlier after a judge called the conditions at the unit unconstitutionally hot. The Texas prison population, one of the largest of any state, counting inmates in both state and federal custody (not including Immigration and Customs Enforcement detainees), is around 160,000 inmates. But while five prisons were evacuated, Texas Department of Criminal Justice (TDCJ) decided not to evacuate the Gist, Leblanc, and Stiles units, and the BOP opted not to evacuate their Beaumont facility. There are over 8,000 combined inmates in those four prisons.

After news of inmates stranded inside the prisons began to leak out, the Prison Legal Advocacy Network of the National Lawyers Guild (NLG), filed notices to both TDCJ and the BOP, noting the ‘persistently unconstitutional conditions of confinement.’ The notice to the BOP claims the agency had ‘adequate foreknowledge of the flood risk’ and ‘ample notice of the widespread concerns’ about constitutional rights violations during previous hurricanes, and yet, according to allegations, the BOP did not sufficiently warn the inmates about the coming hurricane, evacuate them, or provide them with needed food, water, or access to medical care or bathrooms.

(Via.).  After Harvey, Texas Inmates Were Left in Flooded Prisons Without Adequate Water or Food | The Nation: