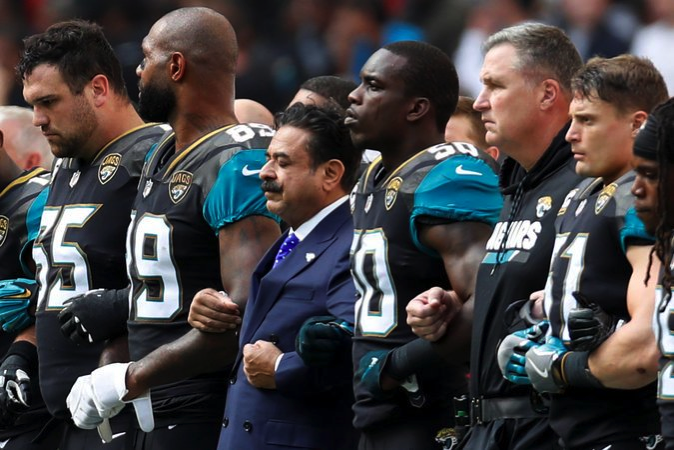 "N.F.L. players and owners, already on edge after critical statements made by President Trump at a rally on Friday night, woke up on game day to another series of tweets from the president, this time calling for football fans to boycott N.F.L. games unless the league fires or suspends players who refuse to stand for the national anthem.

Team owners responded by condemning Trump’s criticism, while the Jaguars and Ravens started things off by kneeling and locking arms during the anthem in London. There are expected to be several more demonstrations around the league today. Stay here for live updates:"