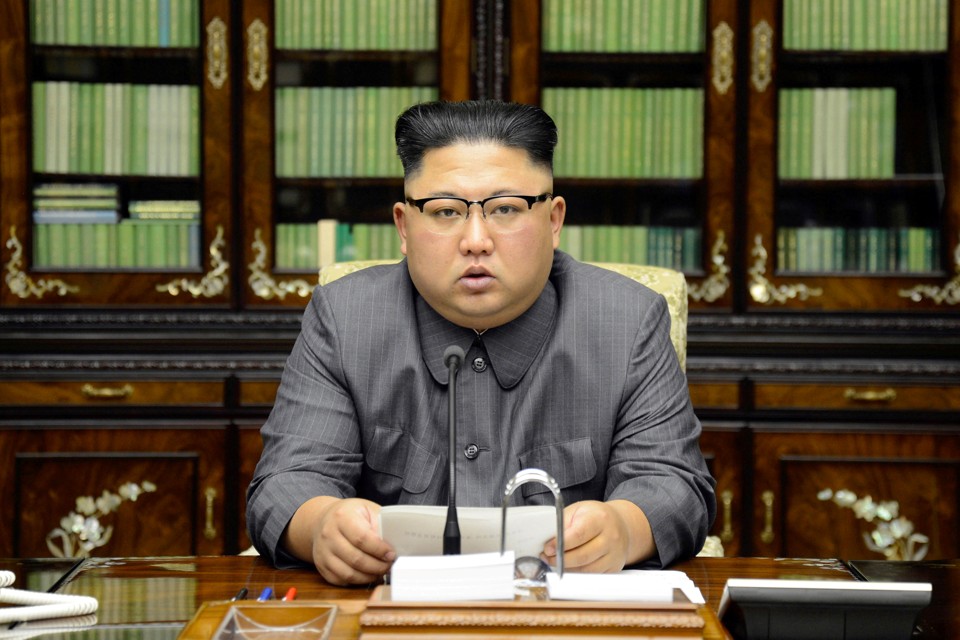 "The schoolyard-level taunting at the UN General Assembly sparked by President Trump’s threat to “totally destroy North Korea” if the U.S. is forced to defend itself or its allies was taken up a notch Friday as Kim Jong Un, the North Korean leader, responded in what is perhaps his first personal reply. The crux of Kim’s response: “I will surely and definitely tame the mentally deranged U.S. dotard with fire.”

Hyperbolic rhetoric from North Korea about the United States, South Korea, and Japan is not unusual, but Kim’s personal response could indicate the international tensions caused by North Korea’s nuclear and missile programs are at their highest levels yet. The North Korean leader’s response, which was carried by KCNA, the state-run news agency, came a day after the U.S. tightened financial sanctions on his country, and China, the North’s closest ally, reportedly ordered its banks to stop working with North Korean financial institutions—a move that could have a devastating impact on Kim’s regime.

“The mentally deranged behavior of the U.S. president openly expressing on the UN arena the unethical will to ‘totally destroy’ a sovereign state, beyond the boundary of threats of regime change or overturn of social system, makes even those with normal thinking faculty think about discretion and composure,” he said, according to KCNA.

Kim said that Trump’s words “will have convinced me, rather than frightening or stopping me, that the path I chose is correct and that it is the one I have to follow to the last.” That path has resulted in 19 missile tests and one nuclear test in 2017—all indications that North Korea is drawing ever closer to its stated goal of being able to target the U.S. with a nuclear-armed intercontinental ballistic missile. The country already is believed to possess 60 nuclear weapons, and while the U.S. and others insist that North Korea must renounce its nuclear weapons, Kim’s words Friday illustrate how difficult that is going to be...."