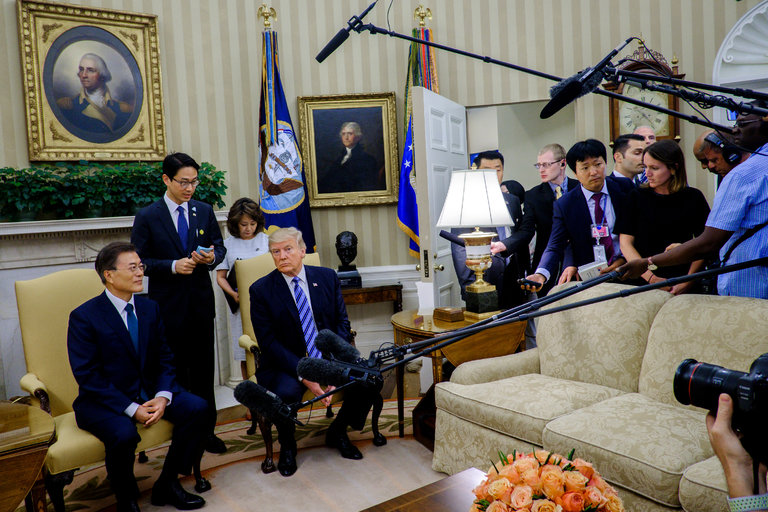 "On Twitter on Thursday, he declared that “talking is not the answer!” in dealing with North Korea, casting aside the push by the new South Korean president, Moon Jae-in, to hold talks with the North. On Saturday, he threatened to withdraw the United States from a five-year-old free trade agreement with South Korea over what he considers its unfair protectionist policies. And on Sunday, after North Korea detonated its most powerful nuclear device yet, he essentially called the South Koreans appeasers.

”South Korea is finding, as I have told them, that their talk of appeasement with North Korea will not work, they only understand one thing!” Mr. Trump said on Twitter.

The tone of Mr. Trump’s statements stunned officials here and underscored what unlikely partners he and Mr. Moon are, at a time when their countries’ 67-year-old military alliance faces an ever-more-dangerous regime in Pyongyang.

Mr. Moon, who was elected in May promising to seek dialogue with North Korea, fired back at Mr. Trump, insisting that the crisis be resolved peacefully.

”We can never tolerate another catastrophic war on this land,” his office said in a statement Sunday evening. “We will not give up our goal of working together with allies to seek a peaceful denuclearization of the Korean Peninsula.”