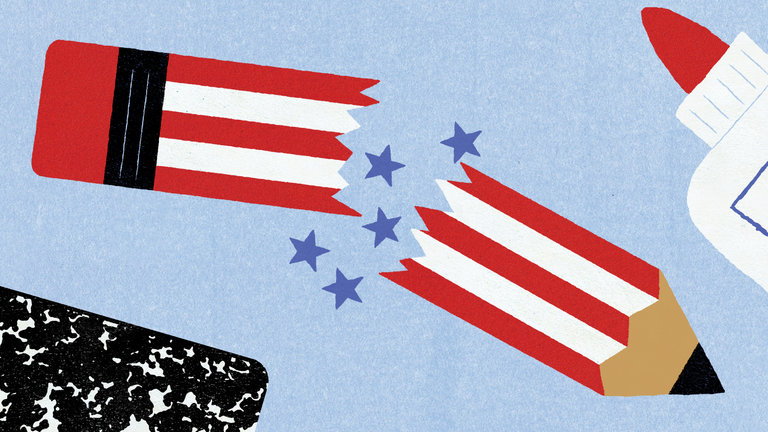 "... But the attacks on “government schools” have a much older, darker heritage. They have their roots in American slavery, Jim Crow-era segregation, anti-Catholic sentiment and a particular form of Christian fundamentalism — and those roots are still visible today.

Before the Civil War, the South was largely free of public schools. That changed during Reconstruction, and when it did, a former Confederate Army chaplain and a leader of the Southern Presbyterian Church, Robert Lewis Dabney, was not happy about it. An avid defender of the biblical “righteousness” of slavery, Dabney railed against the new public schools. In the 1870s, he inveighed against the unrighteousness of taxing his “oppressed” white brethren to provide “pretended education to the brats of black paupers.” For Dabney, the root of the evil in “the Yankee theory of popular state education” was democratic government itself, which interfered with the liberty of the slaver South..."

What the ‘Government Schools’ Critics Really Mean - The New York Times
Posted by John H Armwood II at 7:36 AM