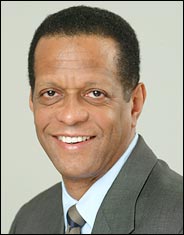 Edwin "E. J." Duncan was a young man from a decent family who spent a great deal of time with his friends in an amateur recording studio his parents had set up for him in the basement of their home in the Dorchester neighborhood.

It was in that studio that Duncan, along with three of his closest friends, was murdered last week, shot to death by a killer or killers who have yet to be found. Whoever carried out the executions, it seems clear enough to me that young Duncan and his friends were among the latest victims of the profoundly self-destructive cultural influences that have spread like a cancer through much of the black community and beyond.

I keep wondering when leaders of eminence will step forward and declare, unambiguously, that enough is enough, as they did in the heyday of the civil rights movement, when the enemy was white racism.

It is time to blow the whistle on the nitwits who have so successfully promoted a values system that embraces murder, drug-dealing, gang membership, misogyny, child abandonment and a sense of self so diseased that it teaches children to view the men in their orbit as niggaz and the women as hoes.

However this madness developed, it's time to bring it to an end.

I noticed that Jesse Jackson, Al Sharpton, Louis Farrakhan, Snoop Dogg and other "leaders" and celebrities turned out in South Central Los Angeles on Tuesday for the funeral of Stanley "Tookie" Williams, the convicted killer and co-founder of the Crips street gang who was executed in California last week.

I remember talking over the years to parents in Los Angeles and elsewhere who were petrified that their children would be killed in cold blood - summarily executed, without any possibility of a defense or an appeal - by the Crips or some other gang because they just happened to be wearing the wrong color cap or jacket or whatever.

The enthusiastic turnout at Tookie Williams's funeral tells you much of what you need to know about the current state of black leadership in the U.S.

The slaughter of E. J. Duncan, who was 21, and his friends - Jason Bachiller, 21; Jihad Chankhour, 22; and Christopher Vieira, 19 - was all but literally accompanied by a hip-hop soundtrack. Duncan, Bachiller and Vieira were members of a rap group called Graveside, which favored the rough language and violent imagery that has enthralled so many youngsters and bolstered the bottom lines of major entertainment companies.

This mindless celebration of violence, the essence of gangsta rap, is a reflection of the nihilism that has taken root in one neighborhood after another over the past few decades, destroying many, many lives. The authorities here have not suggested that Duncan or his friends were involved in any criminal behavior. But the appeal of the hip-hop environment is strong, and a lot of good kids are striving to conform to images established by clowns like 50 Cent and Snoop Dogg.

The members of Graveside wanted badly to make it as rappers. Said one police officer, "They probably didn't even know they were playing with fire."

The Rev. Eugene Rivers, who has been fighting for years to reduce youth violence in Boston and elsewhere, was a neighbor of E. J. Duncan's. "My son Malcolm knew E. J. well," he told me.

He described the murders as a massacre and said he has long been worried about the glorification of violence and antisocial behavior. "Thug life," he said, "is now being globalized," thanks to the powerful marketing influence of international corporations.

This problem is not limited to the black community. E. J. Duncan and his friends came from a variety of ethnic backgrounds. But it is primarily a black problem, and it is impossible to overstate its dimensions.

I understand that jobs are hard to come by for many people, and that many schools are substandard, and that racial discrimination is still widespread. But those are not good reasons for committing cultural suicide.

I'll paraphrase Sam Cooke: A change has got to come. Reasonable standards of behavior that include real respect for life, learning and the law have to be re-established in those segments of the black community where chaos now reigns.

This has to start with a commitment to protect and nurture all of the community's children. That may seem at the moment like a task worthy of Sisyphus because it will require overcoming what the Rev. Rivers has described as "the sins of the fathers who have cursed their sons by their abandonment and neglect."