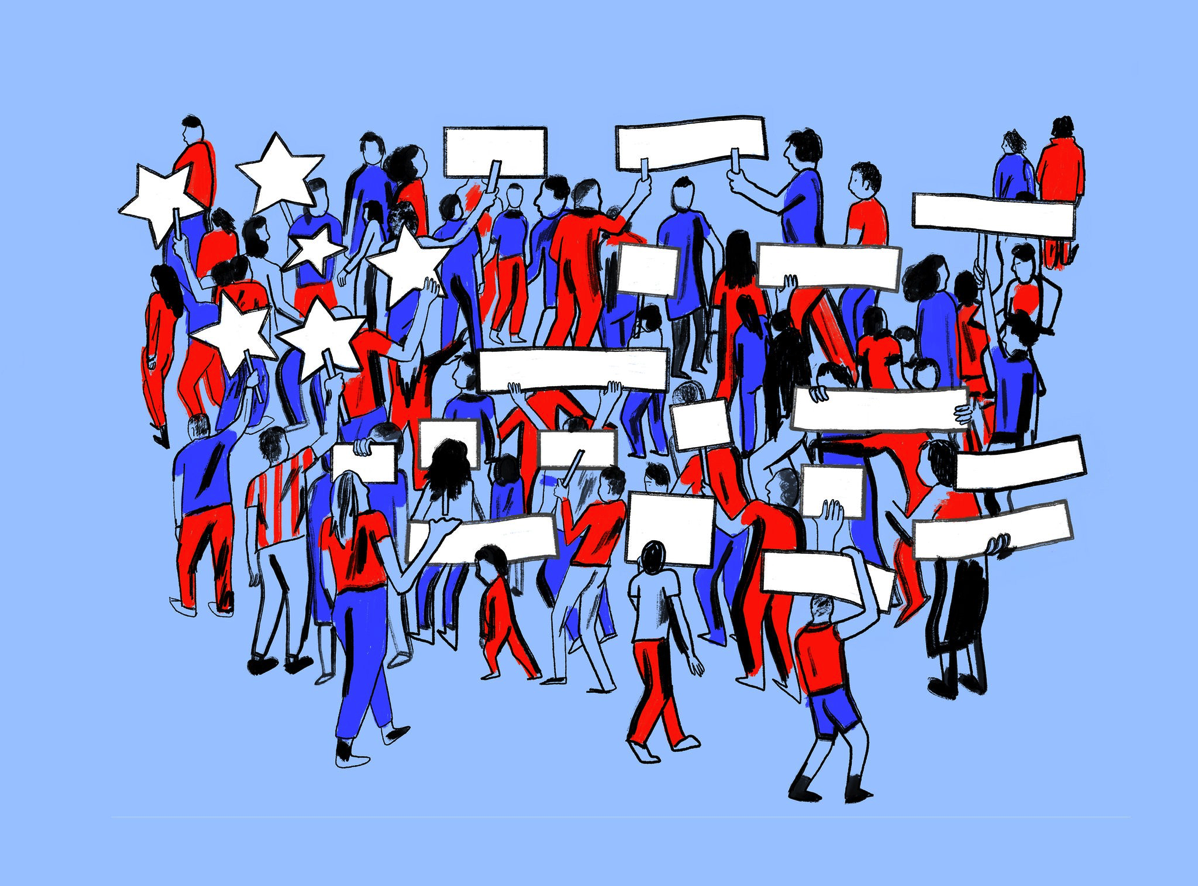 ""William Lloyd Garrison, the 19th-century abolitionist, had a different idea for how to observe the holiday. Every flag should be either taken down or flown at half-staff, he wrote in his newspaper, The Liberator, and “all signs of exultation, parade and boasting should be studiously suppressed.” The usual rounds of celebratory music, marching and fireworks must be abandoned until “the millions of our oppressed countrymen are emancipated.” In the meantime, the Fourth of July “should be made THE DAY OF DAYS for the overthrow of slavery.”

In our time, July 4 has become detached from the politics of protest. But the history of the United States suggests that this need not — indeed, ought not — be the case.

Garrison borrowed the July 4 protest tradition from a group of black activists in Albany. When slavery was legally abolished in New York on July 4, 1827, they resolved not to celebrate. Instead, they mourned all those who remained in bondage and came out the following day for public reflection on the nation that allowed it. This became a tradition that continued until the Civil War.The most famous abolitionist July 4 protest took place in 1854, when Garrison mounted a platform adorned with an upside-down, black-bordered American flag and burned a copy of the Constitution. From the same stage that day, Henry David Thoreau declared that the moral failure of the United States affected even his ability to enjoy the outdoors, noting that “the remembrance of my country spoils my walk.”

For the better part of the 19th century, many groups in addition to abolitionists, including Native Americans, utopian socialists, women’s suffragists and industrial workers, chose to use the Fourth of July as an occasion for social-justice agitation.

The tradition of July 4 protest faded in the 20th century, but it re-emerged in moments of political urgency. Peace activists during the Vietnam War, for example, seized the day for fasts and demonstrations. In 1970, a committee of African-American churchmen urged the black community across the country not to participate in any festivities on July 4. Their “Black Declaration of Independence” listed 15 grievances, including “being lynched, burned, tortured, harried, harassed and imprisoned without Just Cause” and “being gunned down in the streets by Policemen and Troops who are protected from punishment.”

In the weeks leading up to July 4, 1981, a group of military veterans, in a spirit of outraged patriotism, staged a hunger strike to demand an independent review of Veterans Administration hospitals, further study of the effects of Agent Orange and greater support for veterans’ mental health. In 1986, when the Supreme Court upheld laws that criminalized sodomy between consenting adults in private, gay activists held a rally in Greenwich Village in New York, promising to “disrupt traffic, snarl subways and show our rage” during the city’s July 4 celebrations.

The tradition of July 4 protest has been largely dormant for a generation now — although the rallies and “die-ins” staged during the July 4 Senate recess last year, protesting efforts to repeal the Affordable Care Act, hinted at a revival. These days, many Americans seem to disapprove of protests in general, and for them, demonstrations on the Fourth of July might seem particularly offensive, even worse than taking a knee during the national anthem."

Opinion | How to Protest the Fourth of July - The New York Times: ""