Trade Wars Are Destructive. Of Course Trump Wants One. - The New York Times 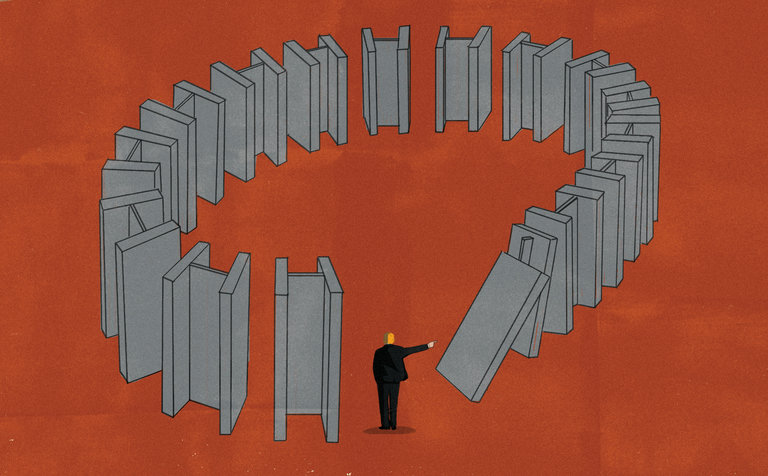 "President Trump has been spoiling for a trade war since before his election. Now, he has taken the first meaningful step with his decision to impose tariffs on steel and aluminum imports. And, as with so many other policies he has supported, he appears to have little understanding of this one.

Invoking a rarely used law that allows the president to restrict trade on national security grounds, Mr. Trump said he would impose a 25 percent tariff on steel and a 10 percent tariff on aluminum. He made the announcement on Thursday at a hastily convened meeting with executives of those two industries. Many White House aides, including Mr. Trump’s chief economic adviser, Gary Cohn, appeared to be caught off guard by the decision; on Wednesday, Mr. Cohn had warned that he might resign if Mr. Trump went through with the tariff plan...."

Trade Wars Are Destructive. Of Course Trump Wants One. - The New York Times
Posted by John H Armwood II at 10:19 AM