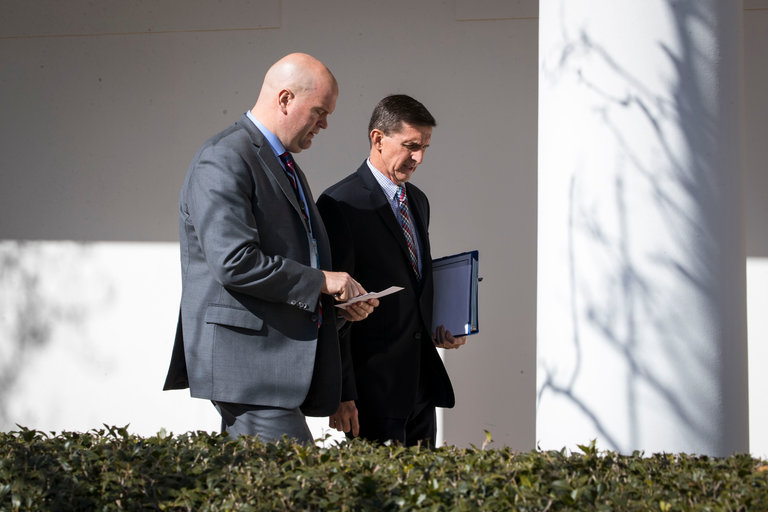 "WASHINGTON — When President Trump fired his national security adviser, Michael T. Flynn, in February, White House officials portrayed him as a renegade who had acted independently in his discussions with a Russian official during the presidential transition and then lied to his colleagues about the interactions.

But emails among top transition officials, provided or described to The New York Times, suggest that Mr. Flynn was far from a rogue actor. In fact, the emails, coupled with interviews and court documents filed on Friday, showed that Mr. Flynn was in close touch with other senior members of the Trump transition team both before and after he spoke with the Russian ambassador, Sergey I. Kislyak, about American sanctions against Russia.

While Mr. Trump has disparaged as a Democratic “hoax” any claims that he or his aides had unusual interactions with Russian officials, the records suggest that the Trump transition team was intensely focused on improving relations with Moscow and was willing to intervene to pursue that goal despite a request from the Obama administration that it not sow confusion about official American policy before Mr. Trump took office.

On Dec. 29, a transition adviser to Mr. Trump, K. T. McFarland, wrote in an email to a colleague that sanctions announced hours before by the Obama administration in retaliation for Russian election meddling were aimed at discrediting Mr. Trump’s victory. The sanctions could also make it much harder for Mr. Trump to ease tensions with Russia, “which has just thrown the U.S.A. election to him,” she wrote in the emails obtained by The Times..."