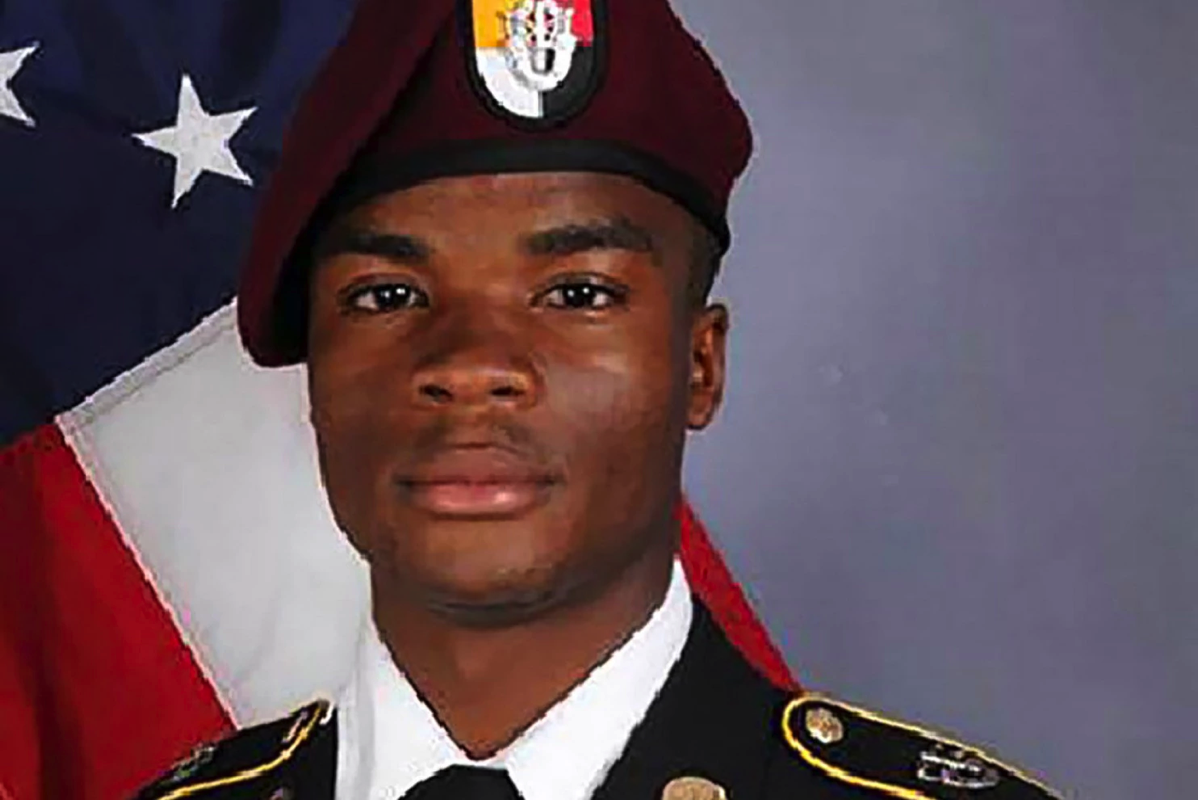 "By Eugene Robinson Opinion writer October 19 at 7:57 PM One person who obviously didn’t know ‘what he was signing up for’ is President Trump. Others include Trump voters who believed they were electing a decent human being to be commander in chief.

What Trump reportedly said to the grief-stricken widow of Sgt. La David T. Johnson, who gave his life for his country, is not some kind of minor miscue or media-fueled distraction. It speaks to the core issue of Trump’s character and demonstrates, as clearly as any incident to date, his unfitness for the office he holds — and dishonors.

Johnson and three other U.S. soldiers — Staff Sgt. Jeremiah ‘J.W.’ Johnson, Staff Sgt. Bryan C. Black and Staff Sgt. Dustin M. Wright — were killed Oct. 4 in Niger, apparently ambushed by Islamic State-affiliated militants. Exactly what happened is unclear, and Congress should be as dogged in investigating these deaths as it was in probing Benghazi.

(Via.). Trump’s mindless cruelty to a soldier’s widow speaks to the core of his character - The Washington Post: