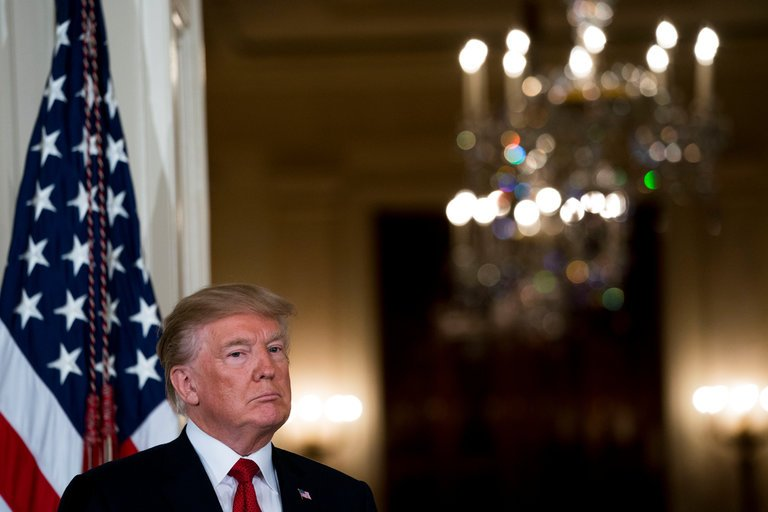 "WASHINGTON — President Trump will make good on Friday on a long-running threat to disavow the Iran nuclear deal that was negotiated by his predecessor, Barack Obama. But he will stop short, for now, of unraveling the accord or even rewriting it, as the deal’s defenders had once feared.

In a speech on Friday afternoon, Mr. Trump will declare his intention not to certify Iran’s compliance with the agreement. Doing so essentially kicks to Congress a decision about whether to reimpose sanctions on Iran, which would blow up the agreement.

But the Trump administration made it clear that it wants to leave the 2015 accord intact, at least for now. Instead, it is asking Congress to establish ‘trigger points,’ which could prompt the United States to reimpose sanctions on Iran if it crosses thresholds set by Congress.

Those could include continued ballistic missile launches by Iran, a refusal to extend the duration of constraints on its nuclear fuel production, or a conclusion by the United States’ intelligence agencies that Iran could produce a nuclear weapon in less than a year.

Mr. Trump plans to outline a broad strategy that ‘focuses on neutralizing the government of Iran’s destabilizing influence and constraining its aggression, particularly its support for terrorism and militants,’ the White House said in a summary issued Thursday evening.

John David James 50 minutes ago News for DT: you will never, ever be even half the man President Obama is. Your presidency threatens man's very existence, while his... Vernon 50 minutes ago Anything that Trump argues against seems so shallow, and the moment he begins to brag, one would like to gag. His poll numbers have further... Howard Levine 57 minutes ago Trump won't certify Iran Nuclear Deal- 'Doing so essentially kicks to Congress a decision about whether to reimpose sanctions on Iran, which... SEE ALL COMMENTS WRITE A COMMENT "