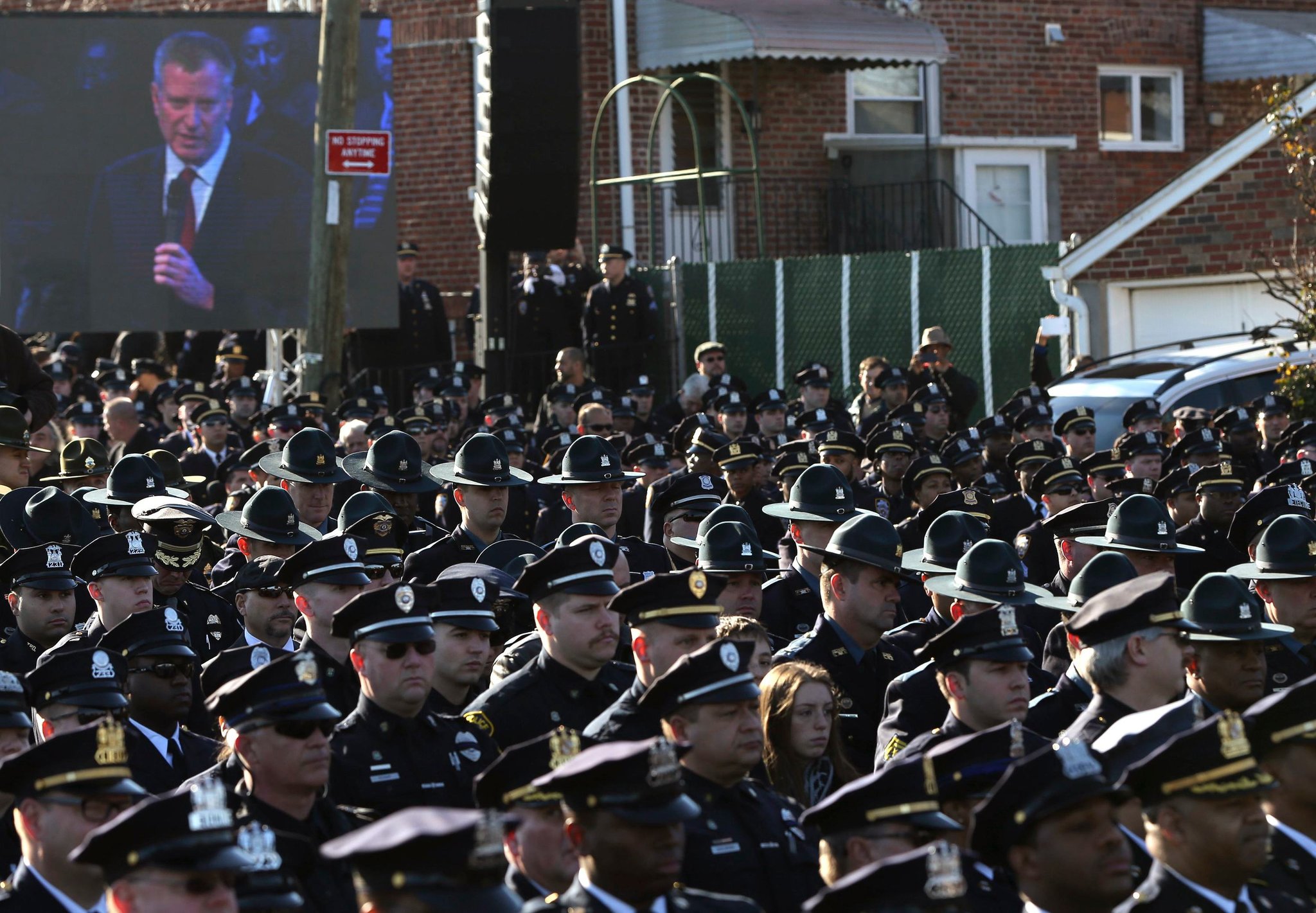 Mayor
Bill de Blasio has spent weeks expressing his respect and admiration
for the New York Police Department, while calling for unity in these
difficult days, but the message doesn’t seem to be sinking in.
When he spoke at a police graduation ceremony
at Madison Square Garden on Monday, some in the crowd booed and heckled
him. This followed the mass back-turning by scores of officers when the
mayor spoke on Saturday
at the funeral of Officer Rafael Ramos; the virtual back-turning the
day before by an airplane-towed banner (“Our backs have turned to you”),
and the original spiteful gesture by officers on the night Mr. de
Blasio visited the hospital where Officer Ramos and his partner, Wenjian
Liu, lay dead.
Mr.
de Blasio isn’t going to say it, but somebody has to: With these acts
of passive-aggressive contempt and self-pity, many New York police
officers, led by their union, are squandering the department’s
credibility, defacing its reputation, shredding its hard-earned respect.
They have taken the most grave and solemn of civic moments — a funeral
of a fallen colleague — and hijacked it for their own petty look-at-us
gesture. In doing so, they also turned their backs on Mr. Ramos’s widow
and her two young sons, and others in that grief-struck family.
These are disgraceful acts, which will be compounded if anyone repeats the stunt at Officer Liu’s funeral on Sunday.