What They Did Last Fall - New York Times 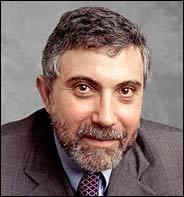 By running for the U.S. Senate, Katherine Harris, Florida's former secretary of state, has stirred up some ugly memories. And that's a good thing, because those memories remain relevant. There was at least as much electoral malfeasance in 2004 as there was in 2000, even if it didn't change the outcome. And the next election may be worse.

In his recent book "Steal This Vote" - a very judicious work, despite its title - Andrew Gumbel, a U.S. correspondent for the British newspaper The Independent, provides the best overview I've seen of the 2000 Florida vote. And he documents the simple truth: "Al Gore won the 2000 presidential election."

Two different news media consortiums reviewed Florida's ballots; both found that a full manual recount would have given the election to Mr. Gore. This was true despite a host of efforts by state and local officials to suppress likely Gore votes, most notably Ms. Harris's "felon purge," which disenfranchised large numbers of valid voters.

But few Americans have heard these facts. Perhaps journalists have felt that it would be divisive to cast doubt on the Bush administration's legitimacy. If so, their tender concern for the nation's feelings has gone for naught: Cindy Sheehan's supporters are camped in Crawford, and America is more bitterly divided than ever.

Meanwhile, the whitewash of what happened in Florida in 2000 showed that election-tampering carries no penalty, and political operatives have acted accordingly. For example, in 2002 the Republican Party in New Hampshire hired a company to jam Democratic and union phone banks on Election Day.

Mr. Gumbel throws cold water on those who take the discrepancy between the exit polls and the final result as evidence of a stolen election. (I told you it's a judicious book.) He also seems, on first reading, to play down what happened in Ohio. But the theme of his book is that America has a long, bipartisan history of dirty elections.

He told me that he wasn't brushing off the serious problems in Ohio, but that "this is what American democracy typically looks like, especially in a presidential election in a battleground state that is controlled substantially by one party."

So what does U.S. democracy look like? There have been two Democratic reports on Ohio in 2004, one commissioned by Representative John Conyers Jr., the other by the Democratic National Committee.

The D.N.C. report is very cautious: "The purpose of this investigation," it declares, "was not to challenge or question the results of the election in any way." It says there is no evidence that votes were transferred away from John Kerry - but it does suggest that many potential Kerry votes were suppressed. Although the Conyers report is less cautious, it stops far short of claiming that the wrong candidate got Ohio's electoral votes.

But both reports show that votes were suppressed by long lines at polling places - lines caused by inadequate numbers of voting machines - and that these lines occurred disproportionately in areas likely to vote Democratic. Both reports also point to problems involving voters who were improperly forced to cast provisional votes, many of which were discarded.

The Conyers report goes further, highlighting the blatant partisanship of election officials. In particular, the behavior of Ohio's secretary of state, Kenneth Blackwell - who supervised the election while serving as co-chairman of the Bush-Cheney campaign in Ohio - makes Ms. Harris's actions in 2000 seem mild by comparison.

And then there are the election night stories. Warren County locked down its administration building and barred public observers from the vote-counting, citing an F.B.I. warning of a terrorist threat. But the F.B.I. later denied issuing any such warning. Miami County reported that voter turnout was an improbable 98.55 percent of registered voters. And so on.

We aren't going to rerun the last three elections. But what about the future?

Our current political leaders would suffer greatly if either house of Congress changed hands in 2006, or if the presidency changed hands in 2008. The lids would come off all the simmering scandals, from the selling of the Iraq war to profiteering by politically connected companies. The Republicans will be strongly tempted to make sure that they win those elections by any means necessary. And everything we've seen suggests that they will give in to that temptation.

Thomas L. Friedman is on vacation.
Posted by John H Armwood II at 9:24 AM