To improve the US coronavirus response, Donald Trump should resign - The Verge 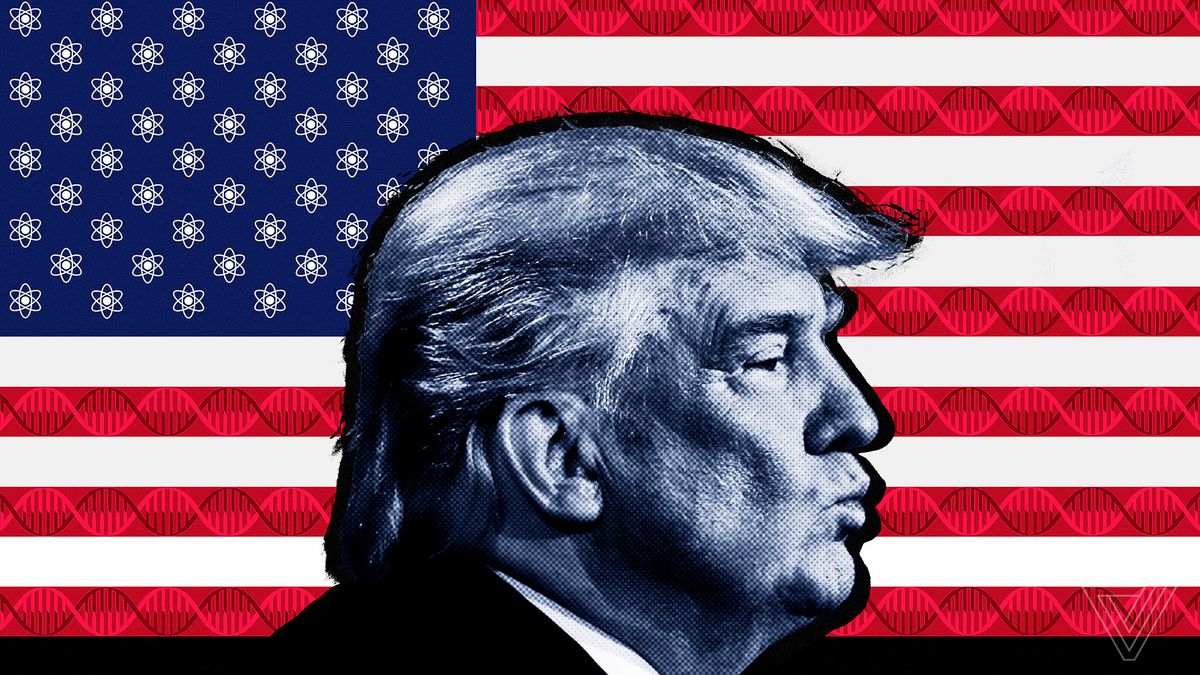 "He’s only making the crisis worse

We are facing a pandemic about which US President Donald Trump appears incapable of telling the truth — assuming he even knows it — and without quick action, a lot of people are going to get sick. Some of them will die. The president’s incoherence has reached a level that is a hazard to public health. The best thing Trump can do for the country, to speed its response to the novel coronavirus, is resign and let someone capable take over.

The new coronavirus is spreading through the US, where several states have made emergency declarations; the World Health Organization has declared it a pandemic. Here are the basics:

Everything you need to know about the coronavirus

Is that Mike Pence? At this point, I’m willing to find out.

Trump won’t, of course. But as the markets plunge and people become increasingly frightened, there is a helpful course of action he could take immediately: stop talking. Trump should not open his mouth — he makes things worse every time he does it.

Here’s where we’re at, as of yesterday: the president accidentally started a trade war with Europe during a televised address about the novel coronavirus pandemic, which was then walked back with a tweet. He was trying to announce a travel ban.

“These prohibitions will not only apply to the tremendous amount of trade and cargo,” he said in his speech. An hour later, he tweeted: “Very important for all countries & businesses to know that trade will in no way be affected by the 30-day restriction on travel from Europe. The restriction stops people not goods.”

Also in his speech yesterday, Trump told the nation that all insurers “have agreed to waive all copayments for coronavirus treatments.” This is also, apparently, not true. “For testing. Not for treatment,” a spokesperson for the insurers’ lobby, America’s Health Insurance Plans, told Sarah Owermohle, a reporter for Politico. During no part of the speech were ventilators, hospital beds, or other preparedness measures discussed.

Nor were people who didn’t have insurance discussed, a significant hazard. People who are likely to get stuck with bills from coronavirus testing or treatment may be less likely to seek care. This is to say nothing of workers who cannot afford to stay home because they do not have sick leave. Lots of Americans are frightened and want to know that our government will care for them and their loved ones. Does the president know or care about this? It doesn’t seem like it.

Currently, there are more than 1,000 people in the US who have confirmed cases of the illness COVID-19, the disease caused by the new coronavirus, and 28 people are known to have died from it. “Bottom line, it’s going to get worse,” Anthony Fauci, who has been the head of the National Institute of Allergy and Infectious Diseases since 1984, told members of the House of Representatives yesterday.

The American Hospital Association, a national organization that represents hospitals, told its members to expect 96 million cases of COVID-19 in the US within two months, resulting in 480,000 deaths. Fauci echoed that assessment in his statements about the number of cases to expect. “If we are complacent and don’t do really aggressive containment and mitigation, the number could go way up and be involved in many, many millions,” Fauci said yesterday.

To date, Trump’s responses to the virus run the gamut from denial to wishful thinking. “The Coronavirus is very much under control in the USA,” Trump tweeted on February 24th. “I think that whole situation will start working out,” Trump said on February 25th at a press conference in India. “We’re very close to a vaccine.” In reality, producing a vaccine will likely take more than a year.

The White House insisted that the disease was contained, that it was not a threat, and that we should thank Trump for the travel ban. “It’s going to disappear,” Trump told the American public on February 28th. “One day it’s like a miracle, it will disappear.” Criticism of his response was “a new hoax,” he told a South Carolina rally.

“Every one of these doctors said, ‘How do you know so much about this?’” Trump said of his own understanding of the virus on March 6th. “Maybe I have a natural ability.”

Meanwhile, “dozens” of classified discussions about quarantine and travel restrictions have been held since January. But because the discussions were classified, many experts were excluded, according to Reuters. This may have delayed the response to the epidemic. Further, instead of using the World Health Organization’s tests for coronavirus, the Centers for Disease Control and Prevention (CDC) — for reasons best known to itself — chose to create its own test. Unfortunately, a part of the test kits was contaminated. The US Food and Drug Administration only gave states permission to create their own tests on February 29th.

The delays in testing mean delays in response. That slow response has hurt patients in two places that we know of: California and Washington. It is scarier to contemplate what may be happening that we haven’t yet discovered. But by March 6th, only 1,895 people had been tested, according to The Atlantic. As of today, March 12th, just 11,000 tests have been conducted. By way of comparison, South Korea has been conducting 10,000 tests a day.

A possible first case of the new coronavirus acquired from the community was announced on February 26th. The patient, from Solano County, California, was already on a ventilator when she was admitted to the University of California Davis Medical Center on February 19th. Though her health care team requested testing for the novel coronavirus, the CDC didn’t get around to testing the patient until February 23rd, according to the Davis Enterprise. (The CDC said it hadn’t denied any testing requests.)

An earlier outbreak in Washington was found only because a group of scientists, led by Helen Chu, went rogue and began performing coronavirus tests without government approval on February 25th. More than 370 people have been confirmed as having the novel coronavirus in the Washington outbreak, and 30 people have died. The earliest death occurred on February 26th, but it wasn’t detected for a week. On March 9th, the federal government told Chu’s group to stop testing.

Drive-thru tests, which have been used successfully in South Korea, may limit the exposure of health care workers to the virus. On March 11th, Robert Redfield, the head of the CDC, told the House Oversight Committee that there were no plans from the CDC to create drive-thru tests because “we’re trying to maintain the relationship between individuals and their healthcare providers.”

U.S. President Donald Trump is a danger to public health as Americans prepare to face down an epidemic

Do I need to keep going through the lies and misinformation and the generally bungled response, or have you started to get the picture? Donald Trump is a danger to public health as Americans prepare to face down an epidemic. Not only is he untrustworthy as a source of information in a time of crisis — which would be bad enough! — but he won’t declare a state of emergency to free up funding to deal with the novel coronavirus because he’s concerned about his narrative. “The president isn’t persuaded because [an emergency declaration] contradicts his message that this is the flu,” a Republican told Politico.

We are desperately short on time to fend off a new illness that could kill hundreds of thousands. We are far behind on testing and are essentially going into this pandemic without a playbook. And the president is concerned about his narrative.

Every time the president speaks about the novel coronavirus, the markets plunge, so I know I’m not the only person longing for an adult in the room. If Donald Trump won’t resign, he should just shut up and let an adult do the talking. We don’t need someone “presidential” anymore. We need a real president."

To improve the US coronavirus response, Donald Trump should resign - The Verge
Posted by John H Armwood II at 10:54 AM