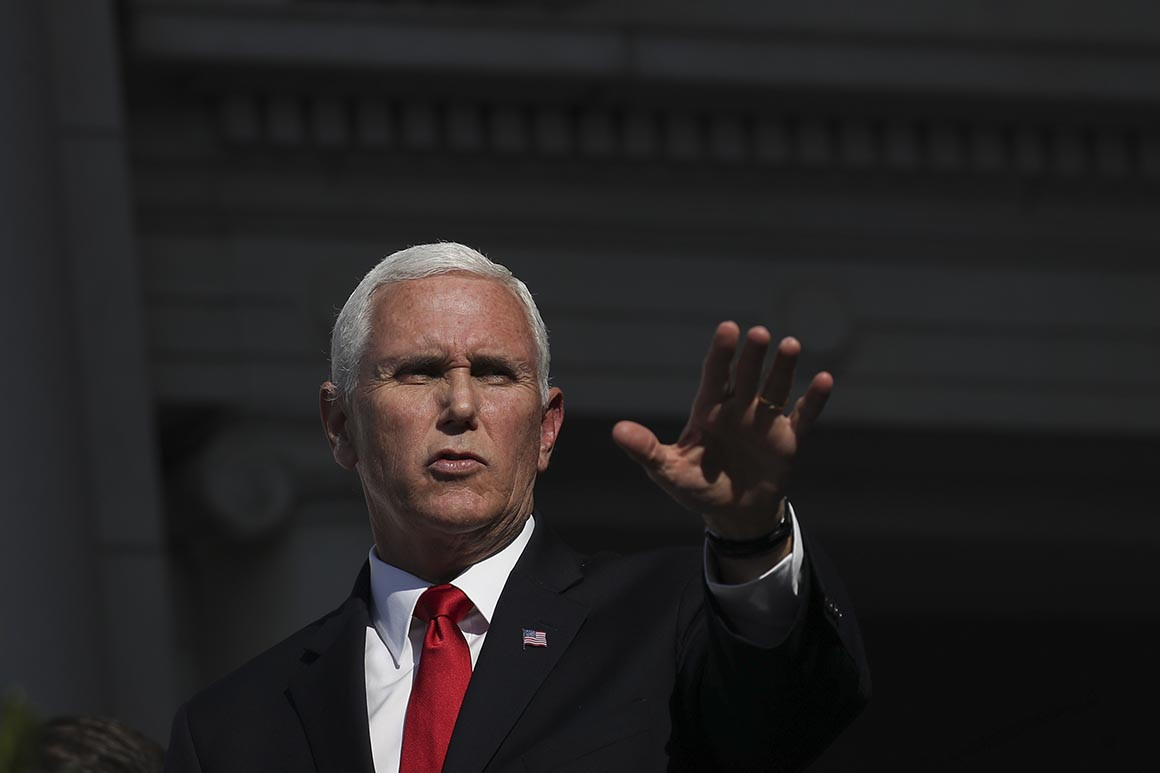 "The vice president's lawyer says it “serves no purpose.”

Morgan also appeared to rebuke Williams, writing that “the contents of a classified call with a foreign head of state should never have been discussed in an unclassified committee hearing or an unclassified deposition.”

The letter is the second rebuke by the vice president’s office to House Democrats’ requests for assistance with the ongoing impeachment inquiry. The first came in mid-October, when Morgan said the House’s inquiry was invalid because there had not been a House vote to authorize it — a position a federal judge recently rejected as unnecessary.

Democrats have made no pronouncements that their impeachment investigation has formally concluded — in fact, Schiff has indicated he would consider filing “supplemental reports” to the Judiciary Committee if more evidence emerged in the fast-moving investigation.

However, Democrats revealed two articles of impeachment arising from their 300-page Ukraine report on Tuesday and are expected to consider them on the House floor next week.

“Your request, coming after the completion of your report, serves no legitimate legislative or impeachment inquiry purpose,” Morgan wrote.

A spokesman for Schiff did not immediately respond to a request for comment.

Williams provided her additional testimony to the committee on Nov. 26, a week after she testified publicly. According to Schiff, Williams' letter provides “corroborative” evidence for the impeachment investigation.

During her Nov. 7 deposition, Williams testified that on the Sept. 18 call, Pence was simply following up to a Sept. 1 meeting with Zelensky and in advance of a meeting between Trump and Zelensky at the United Nations in New York scheduled for the following week. She described it as a “very positive call” and said there was no mention of any of the investigations that Trump had been asking Zelensky to pursue."