Opinion | Trump Voters Are Not the Only Voters 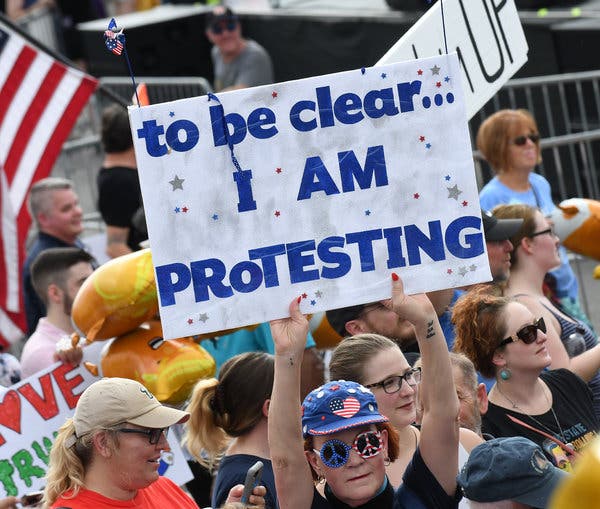 Bouie nails it here.  Too bad neither the media nor Pelosi get it.

"... Most demographic and voting changes would produce small swings from 2016. But a few transform the electoral landscape. If Trump were to win an even larger margin of non-college whites — deepening his support with a 10-point swing from his 2016 baseline — he’d have a slight advantage in the popular vote and a comfortable majority in the Electoral College.

The next most potent change is an increase in black turnout and support. African-Americans are the most heavily Democratic group in the country, with a large presence in many of the most competitive states. Small increases in their participation would have an outsize effect on the electoral landscape. The projections bear that out. Given population growth since the last election, if black turnout and support return to 2012 levels, Democrats win handily, with as much as an estimated 338 electoral votes and a five-point margin in the national popular vote.

You could make a strong case that the future success of the Democratic Party depends on its ability to mobilize and win over black Americans, a key group in a broad coalition of voters. We have post-Obama proof that this is true from the 2017 elections — where strong black turnout drove those Democratic victories in Virginia and Alabama — as well as in the 2018 midterms, where greater support and participation from black voters put black candidates within striking distance of statewide victories in Georgia and Florida.

But the press isn’t hyper-solicitous of the views of black voters. Cable news doesn’t constantly turn to swing-state focus groups of black Democrats to gauge their opposition to the president. And Democrats in Congress aren’t worried about demobilizing a group that may determine the next election. Just the opposite — some moderates believe the party has spent too much time challenging the president’s racism and showing solidarity with their nonwhite constituents. As The New York Times reported:

While Democrats were publicly unanimous in their support of the resolution, some moderate lawmakers from Republican-leaning districts that backed Mr. Trump in 2016 privately voiced their discomfort. They said that while the president’s comments had been racist, the party was playing into his hands by spending so much time condemning his remarks, according to centrist lawmakers and senior aides who spoke on the condition of anonymity to describe internal discussions.

Conventional wisdom on 2020 is that Democrats will lose if they can’t get their progressive wing under control. This overstates the leftward swing of the Democratic Party and understates the distance between the center of American politics and the president’s right-wing policies. It also misses another, crucial dynamic — that by trying to court and convert voters who backed Trump, Democrats may sacrifice an opportunity to deepen support among their existing voters, to powerful electoral consequences

The press may not have much interest in the broader electorate, but Democratic leaders and strategists, at least, should understand that the anti-Trump coalition is much bigger than the Trump base. If they want to oust the president next November, they should start to take that fact seriously."

Opinion | Trump Voters Are Not the Only Voters
Posted by John H Armwood II at 5:53 PM