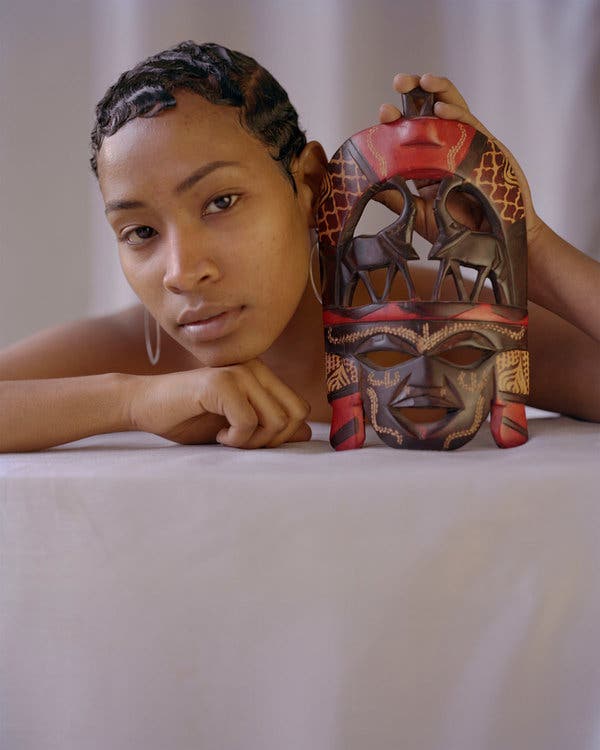 “It’s 2019 and we are in the middle of a renaissance in black artistic production. And you are telling me the best people to evaluate that are the same ones who basically ignored black artists for decades?” the art critic Antwaun Sargent tweeted in May.

He was referring to reviews of this year’s Whitney Biennial, which will close in late September. But he could have been writing about reviews of film, theater, dance, even hip-hop.

The curators were a black woman and a white woman, and a majority of the artists they featured were people of color. Half were women; many were young.

But in major media outlets, white critics wrote the reviews that defined the conversation about the country’s pre-eminent contemporary art show. But not without resistance.

When Peter Schjeldahl of The New Yorker described photographs by John Edmonds as “slang,” some readers wondered if he did so only because the artist and his subjects were black. After Deborah Solomon of WNYC called “white supremacy” a “tired academic slogan” in her positive review of the artist Nicholas Galanin’s “White Noise, American Prayer Rug,” he challenged her online.

Several white reviewers faintly praised the show but argued that it wasn’t “radical” enough. In response, Simone Leigh, an artist featured in the Biennial, suggested that reviewers could not detect radicalism in her work because they were unfamiliar with the art, artists and themes she draws from, a criticism others echoed.

“The problem is not that these critics lack some essential connection with the work of artists of color,” the art critic Aruna D’Souza said in an interview. “It’s that many of them simply are not familiar with the intellectual, conceptual and artistic ideas that underlie the work.”

To be sure, people of color did review the show. But their work was much less visible than that of the white reviewers, a dynamic shaped by the perception that the opinions of people of color are not universal.

This matters because culture is a battleground where some narratives win and others lose. Whether we believe someone should be locked in a cage or not is shaped by the stories we absorb about one another, and whether they’re disrupted or not. At a time when inequality and white supremacy are soaring, collective opinion is born at monuments, museums, screens and stages — well before it’s confirmed at the ballot box.

Some of John Edmonds’s work at the 2019 Whitney Biennial.

Yet those who have for decades been given the biggest platforms to interpret culture are white men. This means that the spaces in media where national mythologies are articulated, debated and affirmed are still largely segregated. The conversation about our collective imagination has the same blind spots as our political discourse.

The six most influential art critics in the country, as selected by their peers, are all white, the writer Mary Louise Schumacher found in a recent survey of more than 300 working visual arts critics. Almost all of them are men who have written for legacy publications for at least 20 years. That’s true of other genres, like film reviews, where there are 27 white male film critics for each woman of color, a study from the Annenberg Inclusion Initiative found.

Yet the most dynamic art in America today is being made by artists of color and indigenous artists. Consider the work of two artists in the Biennial: Alexandra Bell, whose incisive newspaper layouts illustrate the media’s complicity in racist stereotypes. And the gorgeous mixed-media banners of Jeffrey Gibson, which demand a rethinking of laws like “Stand Your Ground” from an indigenous perspective.

Art reviews matter because they can define aesthetic movements or dismiss them. Mexican banda music, for example, has largely been written out of mainstream musical history, despite an audience in the millions. Culture writers can launch careers and turn an Off Off Broadway play into a must-see show. Reviews create momentum that shape economic and intellectual marketplaces.

Consider how this played out around the movie “Green Book.” When it premiered at the Toronto Film Festival in September, most of the reviewers heralded it as a heartwarming triumph over racism.

But two months later, when it started screening in movie theaters across America, black writers saw it as another trite example of the country’s insatiable appetite for white-savior narratives.

The initial positive buzz set such a strong tone that its best-picture win at the Academy Awards seemed a foregone conclusion. But that didn’t stop the white filmmakers from going after black reviewers like K. Austin Collins of Vanity Fair who found it problematic.

“What the makers of this movie are missing is just that many black critics didn’t get to see this movie until it came out,” during Oscar season, well after early screenings for critics, Mr. Collins said during a panel at the Sundance Film Festival.

“When black critics do finally get to see this movie, it is seen as disrupting the Oscar campaign,” Mr. Collins said. “I don’t think any of us really care about that. We care about representation.”

The example of “Green Book” shows how uncritical affection for superficially benevolent stories can actually reinforce the racial hierarchies this country is built on. We need culture writers who see and think from places of difference and who are willing to take unpopular positions so that ideas can evolve or die.

“Culture embodies these complicated layers of feeling and affect that shape everybody in ways we’re partially aware of but absolutely driven by,” says the culture writer Margo Jefferson, who, along with writers like Paul Chaat Smith, Greg Tate and Coco Fusco, has explicitly and diligently paved the way for younger critics. “The role of the critic of color is to unveil and unearth the structures that lie behind and underneath and propel these narratives which always star the same figures.”

This work is happening in outlets like Hyperallergic, Arts.Black and Remezcla, and from writers like Lou Cornum, Gelare Khoshgozaran and Eva Yaa Asantewaa. And we can see the thirst for such conversations on social media. But Twitter and Instagram don’t pay their users. In a clickbait attention economy where more than half of visual arts critics make on average less than $20,000 per year from arts writing, the voices that are most needed are the least likely to emerge.

In 2017, we began an initiative called Critical Minded to help amplify the work of critics of color and knock down the barriers they face. (The project is focused on racial justice in criticism, but we’re also concerned about class, gender identity, sexual orientation and ability.)

We’ve helped people of color who run independent outlets hire editors. We have supported freelancers so that they could cover influential film festivals and biennials, and funded research on the demographics of criticism and how it shapes analysis.

Think of cultural criticism as a public utility, civic infrastructure that needs to be valued not based just on its monetary impact but also on its capacity to expand the collective conversation at a time when it is dangerously contracting. Arts writing fosters an engaged citizenry that participates in the making of its own story.

Culture writers are often unpopular, and critics of color doubly so: Marginalized by mainstream outlets, they’re sometimes viewed with suspicion within their own communities when they challenge a beloved artist. At their best they are unbought and unbossed, which makes them difficult to employ, and doubly necessary.

We need a rigorous, rollicking culture coverage that’s uncoupled from class and credentials. Mainstream and independent outlets must pay critics a living wage and reject business models that don’t. Outlets led by people of color should get the venture capital and philanthropic support they have always deserved but rarely received.

We should move away from anointing a talented two or three critics of color and toward kaleidoscopic ecosystems of ideas and taste.

Old-school white critics ought to step aside and make room for the emerging and the fully emerged writers of color who have been holding court in small publications and online for years, who are fluent in the Metropolitan Opera and the rapper Megan Thee Stallion.

We need mainstream newspapers and their culture departments to hire people of color as assigning editors and critics. Equally necessary is to then support them with mentors, resources and management buy-in to create genuine shifts in power, not just different bylines.

Artists and institutions should demand that diverse writers have access to screenings, shows and red carpets, as the actors Brie Larson and Tessa Thompson have done.

Coverage shifts when people mobilize for change. It’s time for culture writing to follow culture to where it flows and to value the people it engages. When the next Whitney Biennial rolls around, the people having the conversation should be as diverse as the work on the walls.

Elizabeth Méndez Berry (@mendezberry) is a director at the Nathan Cummings Foundation. Chi-hui Yang (@chihuiyang) is a program officer at the Ford Foundation."

Opinion | The Dominance of the White Male Critic - The New York Times
Posted by John H Armwood II at 7:32 AM