Opinion | What if We’re All Coming Back? - The New York Times 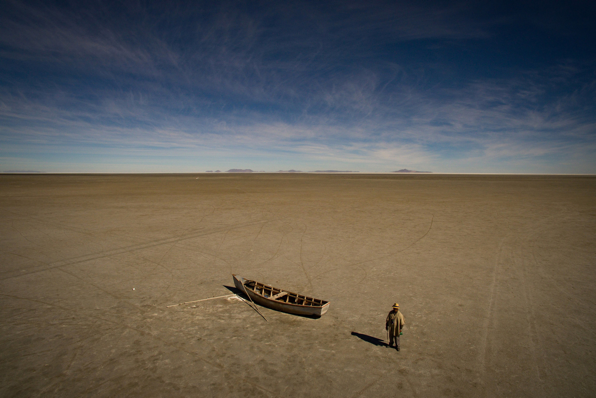 An excellent piece and particularly poignant critique of John Raws's "Theory of Justice" which was popular among advanced Jurisprudence students when I was in law school. It is fun to see how often African American scholars come independently to the exact same conclusions concerning western thought.

"I can’t say that I believe in reincarnation, but I understand why some people do. In fact, I had a bizarre experience as a teenager that made me wonder if I had known someone in a past life.

I was walking to school one day, lost in thought. I turned the corner onto a wide, tree-lined street and noticed a man on the other side heading my direction. For an instant, we held each other’s gaze and a startling wave of excitement and recognition washed over me. We spontaneously ran toward each other, as if to embrace a long-lost friend, relative or lover. But just as we were close enough to see the other’s face, we were both jolted by the awareness that we didn’t actually know each other.

We stood in the middle of the street, bewildered. I mumbled, “I’m so sorry — I thought I knew you.” Equally embarrassed, he replied: “Oh, my God, this is so strange. What’s happening right now?” We backed away awkwardly — me, a teenage black girl; he, a middle-aged white man. I never saw him again.

The incident shook me deeply. This was not a case of mistaken identity. Something profound and mysterious happened and we both knew it. Still, I’m not among the 33 percent of Americans (including 29 percent of Christians) who believe in reincarnation. Lately, though, I’ve been thinking that if more of us did believe we were coming back, it could change everything.

At first, I thought about reincarnation in the narrowest possible terms, wondering what future life I’d earn if karma proved real. It’s a worrisome thing to contemplate. It’s easier to speculate about what kind of future lives other people deserve. Maybe Bull Connor — that white supremacist Alabama politician who ordered that black schoolchildren protesting segregation be attacked with police dogs and fire hoses — has already been born again as a black child in a neighborhood lacking jobs and decent schools but filled with police officers who shoot first and ask questions later. Maybe he’s now subjected to the very forms of bigotry, terror and structural racism that he once gleefully inflicted on others.

This kind of thought experiment is obviously dangerous, since it can tempt us to imagine that people have somehow earned miserable fates and deserve to suffer. But considering future lives can also be productive, challenging us to imagine that what we do or say in this life matters and might eventually catch up with us. Would we fail to respond with care and compassion to the immigrant at the border today if we thought we might find ourselves homeless, fleeing war and poverty, in the next life? Imagining ourselves in those shoes makes it harder to say: “Well, they’re not here legally. Let’s build a wall to keep those people out.” After all, one day “those people” might be you.

Once I entered college, I found myself less interested in karma and more interested in politics. It occurred to me that if we’re born again at random, we can’t soothe ourselves with fantasies that we’ll come back as one of the precious few on the planet who live comfortably. We must face the fact that our destiny is inextricably linked to the fate of others. What kind of political, social and economic system would I want — and what would I fight for — if I knew I was coming back somewhere in the world but didn’t know where and didn’t know who I’d be?

In law school, I discovered that I wasn’t the first to ponder this type of question. In his landmark 1971 book, “A Theory of Justice,” the political philosopher John Rawls urged his audience to imagine a wild scene: A group of people gathered to design their own future society behind “a veil of ignorance.” No one knows his or her place in society, class position or social status, “nor does he know his fortune in the distribution of natural assets and abilities, his intelligence and strength and the like.” As Rawls put it, “If a man knew that he was wealthy, he might find it rational to advance the principle that various taxes for welfare measures be counted unjust; if he knew he was poor, he would most likely propose the contrary principle.” If denied basic information about one’s circumstances, Rawls predicted that important social goods, such as rights and liberties, power and opportunities, income and wealth, and conditions for self-respect would be “distributed equally unless an unequal distribution of any or all of these values is to everyone’s advantage.”

Back then, I was struck by how closely Rawls’s views mirrored my own. I now believe, however, that the veil of ignorance is quite distorted in an important respect. Rawls’s veil encourages us to imagine a scenario in which we’re equally likely to be rich or poor or born with natural talents or limitations. But the truth is, if we’re reborn in 50 years, there’s only a small chance that any of us would be rich or benefit from white privilege.

Almost half the world — more than three billion people — live on less than $2.50 per day. At least 80 percent of humanity lives on less than $10 per day. Less than 7 percent of the world’s population has a college degree. The vast majority of the earth’s population is nonwhite, and roughly half are women. Unless radical change sweeps the globe, the chances are high that any of us would come back as a nonwhite woman living on less than $2.50 per day. And given what we now know about climate change, the chances are very good that we would find ourselves suffering as a result of natural disasters — hurricanes, tsunamis, droughts and floods — and enduring water and food shortages and refugee crises.

This month, the world’s leading climate scientists released a report warning of catastrophic consequences as soon as 2040 if global warming increases at its current rate. Democratic politicians expressed alarm, yet many continue to accept campaign contributions from the fossil fuel industry that is responsible for such a large percentage of the world’s greenhouse gas emissions.

It’s nearly impossible to imagine that our elected officials would be so indifferent if they knew climate scientists were foretelling a future that they would have to live without any of the privileges they now enjoy.

Rawls was right: True morality becomes possible only when we step outside the box of our perceived self-interest and care for others as much as we care for ourselves. But rather than imagining a scenario in which we’re entirely ignorant of what the future holds, perhaps we ought to imagine that we, personally, will be born again into the world that we are creating today through our collective and individual choices.

Who among us would fail to question capitalism or to demand a political system free from corporate cash if we knew that we’d likely live our next life as a person of color, earning less than $2.50 a day, in some part of the world ravaged by climate change while private corporations earn billions building prisons, detention centers and border walls for profit?

Not I. And I’m willing to bet, neither would you. We don’t have to believe in reincarnation to fight for a world that we’d actually want to be born into.

Michelle Alexander became a New York Times columnist in 2018. She is a civil rights lawyer and advocate, legal scholar and author of “The New Jim Crow: Mass Incarceration in the Age of Colorblindness.”

Opinion | What if We’re All Coming Back? - The New York Times: