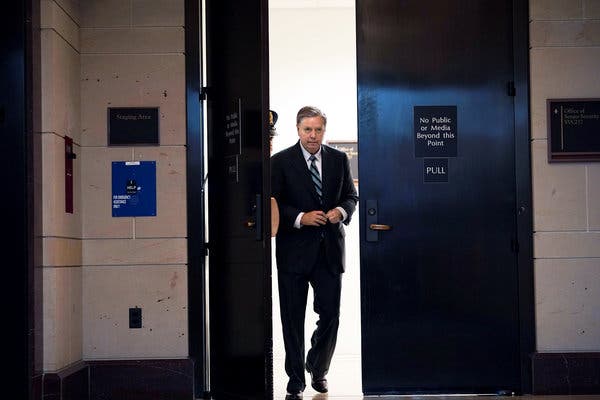 I am not confident, not at all. Republicans almost always fall in line.  "WASHINGTON — The Senate, deeply divided over the results of an F.B.I. investigation into sexual misconduct allegations against Judge Brett M. Kavanaugh, moved uneasily toward a Friday morning vote that will most likely determine whether President Trump’s nominee will reach the Supreme Court.

Republican leaders were increasingly confident that despite a barrage of accusations, the Senate will narrowly vote to cut off debate on Judge Kavanaugh’s nomination and move to a final confirmation as early as Saturday. Because Republicans changed Senate rules last year to end filibusters for Supreme Court nominees, Friday’s vote will need the same 50 senators that the final confirmation tally will need.

But with four senators still undecided — the Democrat Joe Manchin III of West Virginia and the Republicans Jeff Flake of Arizona, Susan Collins of Maine and Lisa Murkowski of Alaska — Judge Kavanaugh’s confirmation was still not assured..."