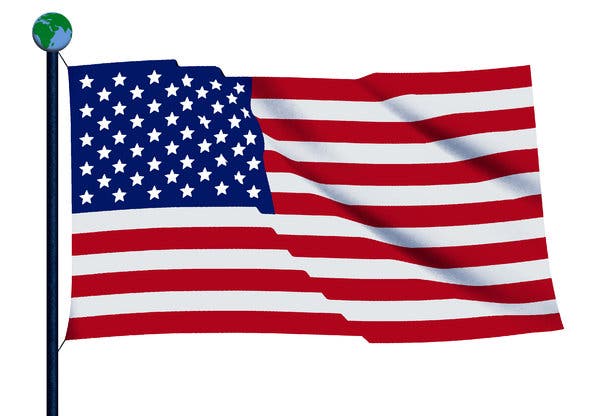 Mr. Kagan is the author of “The Jungle Grows Back; America and Our Imperiled World.”

“We have a U.S. president who doesn’t value the rules-based international order,” a former top aide to Vice President Joseph R. Biden Jr. observed in this paper not long ago. She was right, of course. But is the American public any different?

President Trump may not enjoy majority support these days, but there’s good reason to believe that his “America First” approach to the world does. There has been no popular outcry against Mr. Trump’s trade battles with Canada, Mexico and the European allies. Experts suggest we are in for a long international trade war, no matter who the next president may be. After all, even Hillary Clinton had to disown her support for the Trans-Pacific Partnership in the last election. The old free-trade consensus is gone.

Mr. Trump’s immigration policies may be more popular with Republicans than with Democrats, but few Democratic politicians are running on a promise to bring more immigrants into the country. And just as in the 1920s, isolationism joins anti-immigration sentiment and protectionism as a pillar of America Firstism.

The old consensus about America’s role as upholder of global security has collapsed in both parties. Russia may have committed territorial aggression against Ukraine. But Republican voters follow Mr. Trump in seeking better ties, accepting Moscow’s forcible annexation of Crimea and expanding influence in the Middle East (even if some of the president’s subordinates do not). They applaud Mr. Trump for seeking a dubious deal with North Korea just as they once condemned Democratic presidents for doing the same thing. They favor a trade war with China but have not consistently favored military spending increases to deter a real war.

Democrats might seem to be rallying behind the liberal order, but much of this is just opposition to Mr. Trump’s denigration of it. Are today’s rank-and-file Democrats really more committed to defending allies and deterring challengers to the liberal world order? Most Democratic politicians railing against Mr. Trump’s “appeasement” of Moscow hailed Obama’s “reset” a few years ago and chastised Republicans for seeking a new Cold War. Most Democratic voters want lower military spending and a much smaller United States military presence overseas, which hardly comports with getting tougher on Russia, Korea or China — except on trade.

Most Americans in both parties also agree with Mr. Trump that America’s old allies need to look out for themselves and stop relying on the United States to protect them. Few really disagreed with the president’s stated reluctance to commit American lives to the defense of Montenegro. Britons in the 1930s did not want to “die for Danzig,” and Americans today don’t want to die for Taipei or Riga, never mind Kiev or Tbilisi. President Obama was less hostile to the allies than Mr. Trump, but even he complained about “free riders.”

In retrospect it’s pretty clear that Mr. Obama was too internationalist for his party base. He expanded NATO, intervened in Libya, imposed sanctions on Russia and presided over the negotiation of the Trans-Pacific Partnership. Democrats may miss Mr. Obama for many reasons, but there’s little evidence that the rank-and-file miss those policies. Mr. Trump’s narrower, more unilateralist and nationalist approach to the world is probably closer to where the general public is than Mr. Obama’s more cosmopolitan sensibility.

It would be comforting to blame America’s current posture on Mr. Trump. But while he may be a special kind of president, even he can’t create a public mood out of nothing. Now as always, presidents reflect public opinion at least as much as they shape it. Between the two world wars, and especially from 1921 through 1936, an American public disillusioned by World War I was averse to further overseas involvement, and it didn’t matter whether the presidents were supposed “isolationists” like Warren Harding and Calvin Coolidge or supposed “internationalists” like Herbert Hoover and Franklin Roosevelt. It took a lot more than fireside chats to turn public opinion around. It took Hitler’s conquest of Europe, near-conquest of Britain and, finally, Pearl Harbor to convince a majority of Americans that America First was a mistake.

In our own time, the trend toward an America First approach has been growing since the end of the Cold War. George H.W. Bush, the hero of the Gulf War, had to play down foreign policy in 1992 and lost to a candidate promising to focus on domestic issues. George W. Bush won in 2000 promising to reduce United States global involvement, defeating an opponent, Al Gore, who was still talking about America’s indispensability. In 2008, Mr. Obama won while promising to get out of foreign conflicts for good. In 2016, Republican internationalists like Jeb Bush and Marco Rubio were trounced in the primaries. Hillary Clinton struggled to hold off Bernie Sanders, a progressive isolationist, and it was certainly not because of her foreign policy views."