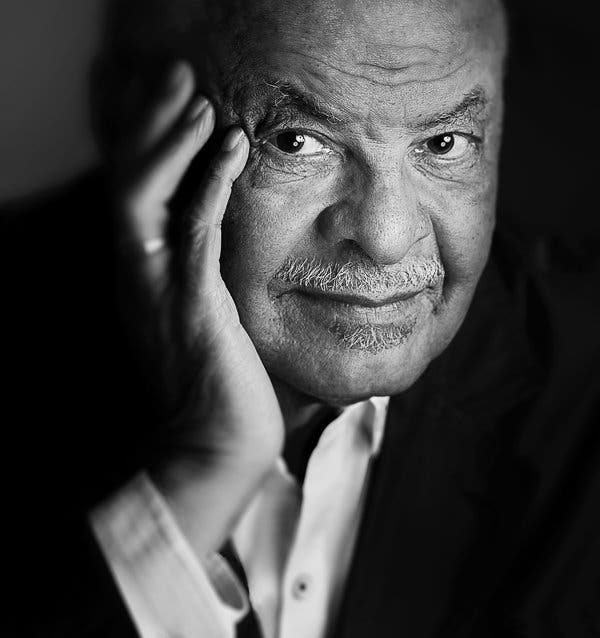 "Sterling Stuckey, an eminent black historian who challenged his white colleagues by documenting how uprooted Africans not only retained their culture while they survived slavery but eventually suffused the rest of American society with their transplanted folkways, died on Aug. 15 in Riverside, Calif. He was 86.

His death was confirmed by his wife, Harriette Stuckey, who said he had a stroke nine days earlier in his office. He taught history at the University of California, Riverside, from 1989 until he retired in 2004. He had recently finished the manuscript of his latest book, “The Chambers of the Soul: Frederick Douglass, Herman Melville and the Blues.”

Through meticulous research Professor Stuckey sought to discredit the white academics who had dominated and, in his view, devalued the field of African studies.

Early on he was bitterly critical of “numerous white experts on black Africa,” as he described them, who “have elaborated a fabric of untruths to rationalize continued white control over African studies.”

Beginning with his breakthrough essay, “Through the Prism of Folklore: The Black Ethos in Slavery,” published in 1968 by The Massachusetts Review, Professor Stuckey maintained that political and cultural studies of Africa must encompass people in North America and the West Indies.

He wrote that enslaved workers imported to those places from diverse tribes, with slavery as a unifying force, perpetuated and adapted their traditional music, dance, poetry and art to resist the efforts of slaveowners to destroy or demean that heritage, and that those traditions went on to imbue modern American culture.

That overlooked cultural history was evolving, he said, while in colleges as well as in the cotton fields “the besmirching of the African past” became pivotal to the process not only of enslaving blacks but of destroying their spiritual and psychological moorings.

“His article stood out as the harbinger of the new slavery studies that would be taken up in the next decade,” Prof. Evelyn Brooks Higginbotham, chairwoman of Harvard’s history department and president of the Association for the Study of African American Life and History, said in a statement after Professor Stuckey’s death.

In 1970, when “Through the Prism of Folklore” was included in an anthology of essays, Julius Lester, an author and professor, wrote in The New York Times Book Review that Professor Stuckey had methodically made the case that in the long years of slavery the black spiritual — among other cultural tools, like the ring shout dance — “was a major weapon of resistance to that dehumanizing institution (which others have found only ‘peculiar’) and the principal means through which the slaves fashioned and maintained an identity separate from that which the slaveholders fought to impose upon them.”

Prof. Henry Louis Gates Jr., director of the Hutchins Center for African and African American Research at Harvard, said in an email that Professor Stuckey had “helped us to see that the enslaved Africans who came to the New World did not sail alone: They brought their various cultures and belief systems along with them.”

“And out of these rich resources,” he added, “they, in contact with dozens of other African and European cultures for the first time, improvised the world’s first truly Pan-African culture, an African American culture, as it were, in the New World, similar in form to that of its several antecedents, but different, unique. And that is the culture to which all Americans are heir today.”

Professor Stuckey was the author of several books on slavery, including this one from 1987.

Professor Stuckey’s black nationalist ideology jelled as a student at Northwestern University. He met Paul Robeson and W.E.B. Du Bois, picketed a Woolworth’s store in Chicago to protest segregation in the South, and supported a voter registration project in Tennessee sponsored by the interracial Congress of Racial Equality.

He often praised champions of black nationalism. “Each proposed to build on this nationalism as a means to end prejudice, though none saw it as an ultimate goal,” he wrote, adding the caveat that “one by no means must be a separatist to be a black nationalist.”

Eric Foner, a Pulitzer Prize-winning history professor at Columbia University, said in an email that Professor Stuckey, along with several other historians, “was a pioneer of the study of slave culture and how it became the springboard for slave resistance and for later black nationalism.”

Professor Stuckey’s books included “Slave Culture: Nationalist Theory and the Foundations of Black America” (1987) and “Going Through the Storm: The Influence of African American Art in History” (1994).

Ples Sterling Stuckey Jr. was born on March 2, 1932, in Memphis. His mother, Elma Earline Johnson Stuckey, had been a teacher in the South and a hat checker and a maid in Chicago before becoming a supervisor for the Illinois labor department. After retiring, she published her first poetry collection when she was 69.

His father had been a waiter at the historic Peabody Hotel in Memphis before moving the family to Chicago when the couple’s son was 13.

Professor Stuckey worked part-time as a high school teacher and postal clerk while earning his bachelor’s, master’s and doctoral degrees from Northwestern. He joined its faculty in 1971 and became a full professor in 1977.

He left for the University of California, Riverside, in 1989 and, most recently, was distinguished professor emeritus of history there.

In addition to his wife, who was Harriette Coggs before they married, he is survived by a daughter, Lisa Dembling; a son, Cabral Wiley-Stuckey; a granddaughter; and a great-granddaughter.

Professor Stuckey once said in an interview that while growing up he was most inspired by two books, Du Bois’s “The Souls of Black Folk" (1903) and “Folk Songs of North America” (1960), by the ethnomusicologist Alan Lomax.

Transplanted blacks who suffered under slavery, he said, were united by a centripetal force, which inspired Pan-Africanism, spirituals and the blues.

“Though slave culture was treated for centuries as inferior, it was the lasting contribution of slaves to create an artistic yield that matched their enormous gift of labor, in tobacco and cotton,” Professor Stuckey wrote in his preface to the 25th anniversary edition of “Slave Culture” (2013). “We must add that the intellectual as well as the cultural and economic history of the African American is rooted in slavery.”