Steel Giants With Ties to Trump Officials Block Tariff Relief for Hundreds of Firms - The New York Times - Crony Capitalism at it's worst. 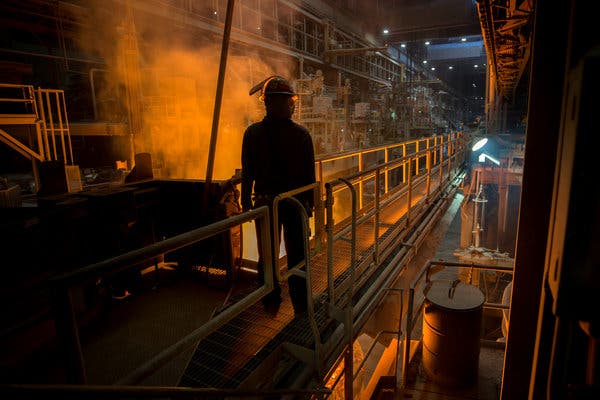 "WASHINGTON — Two of America’s biggest steel manufacturers — both with deep ties to administration officials — have successfully objected to hundreds of requests by American companies that buy foreign steel to exempt themselves from President Trump’s stiff metal tariffs. They have argued that the imported products are readily available from American steel manufacturers.

Charlotte-based Nucor, which financed a documentary film made by a top trade adviser to Mr. Trump, and Pittsburgh-based United States Steel, which has previously employed several top administration officials, have objected to 1,600 exemption requests filed with the Commerce Department over the past several months.

To date, their efforts have never failed, resulting in denials for companies that are based in the United States but rely on imported pipes, screws, wire and other foreign steel products for their supply chains.

The ability of a single industry to exert so much influence over the exclusions process is striking even in Mr. Trump’s business-friendly White House, given the high stakes for thousands of American companies that depend on foreign metals. But the boundaries of trade policy are being tested by the scope of Mr. Trump’s multifront trade war with allies and adversaries alike, which includes tariffs on up to $200 billion worth of goods from China and possible tariffs on automobiles and auto parts."

Steel Giants With Ties to Trump Officials Block Tariff Relief for Hundreds of Firms - The New York Times
Posted by John H Armwood II at 9:52 AM