Republicans Are Talking About Impeachment Way More Than Democrats | FiveThirtyEight 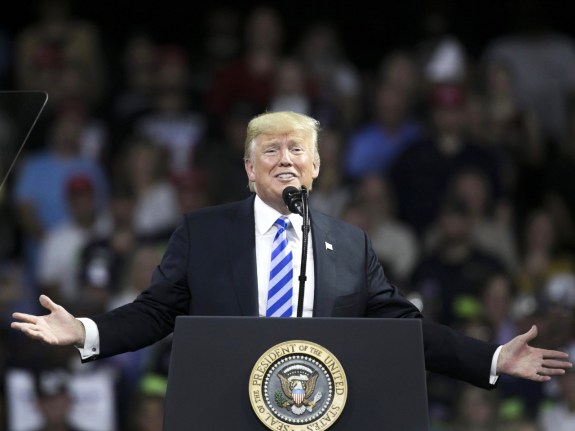 "Legal blows fuel impeachment fears” declared Politico in a headline on Tuesday, after news broke that former Trump attorney Michael Cohen had entered a guilty plea and a jury had convicted former Trump campaign chairman Paul Manafort on eight counts of various financial crimes. The story featured three Republicans (and no Democrats) speculating about the possibility of Democrats impeaching President Trump if they win control of the House in November. On Wednesday, White House Press Secretary Sarah Huckabee Sanders suggested that impeachment is, “the only message they seem to have going into the midterms,” referring to congressional Democrats. Even Trump himself appears to have impeachment on the mind.

Here’s the thing: If the Democrats are planning to impeach Trump if they win control of the House, they are doing a really great job of hiding it. Congressional Democrats aren’t talking about impeachment.

On Wednesday, for example, House Democratic leader Nancy Pelosi, a leading candidate for speaker of the House if Democrats win control, again all but ruled out an impeachment push, saying that Democrats would use congressional power to oversee the Trump administration and make sure the president does not interfere with special counsel Robert Mueller’s investigation. Rep. Jerry Nadler of New York, the top Democrat on the House Judiciary Committee, where any impeachment resolutions would likely be introduced, spent Wednesday pushing a bill he sponsored that would make it harder for Trump to fire Mueller. Nadler has suggested that the party will only pursue impeachment if they think they can get the 67 Senate votes they’d need to remove Trump from office — a very high bar, since that would mean something like 17 Senate Republicans would agree to vote out a Republican president."