Reckoning With John McCain | The Nation 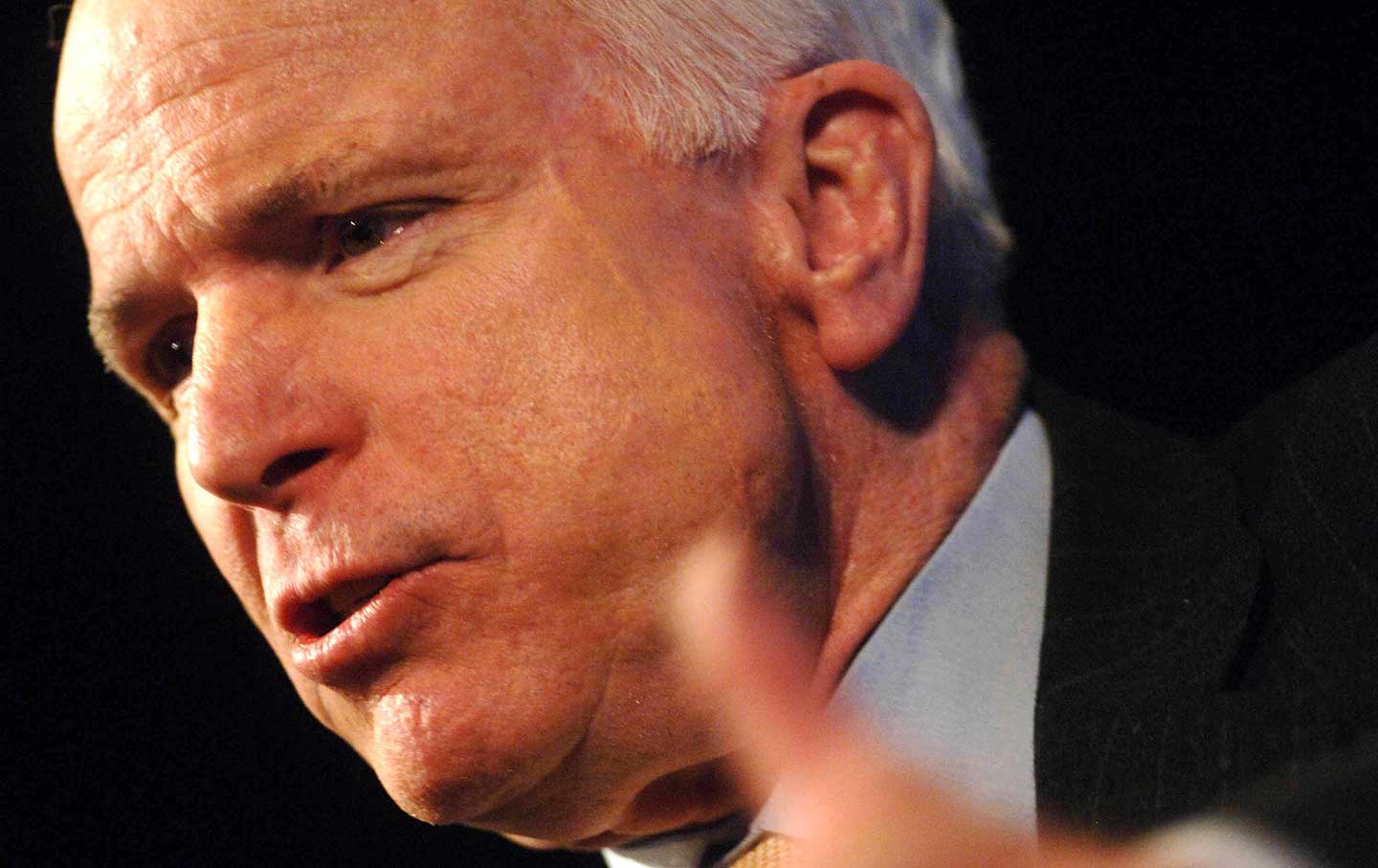 "I am clearly not a pacifist like this writer but I share his conflicted feelings concerning John McCain.  "...John McCain deserves a substantive reckoning, beyond the endlessly hagiographic (and even nasty kneejerk) reactions on record since his death. It is an undeniable fact that McCain has been one of the most dominant and consequential figures in modern US politics. No doubt this is why his congressional colleagues have decided that he will be the 32nd person in the nation’s history to lie in state at the US Capitol before his funeral in Washington, DC, and burial at Annapolis next weekend. I can scarcely remember a time in the last 30 years—from the Keating Five scandal in the 1980s to his two presidential bids, in 2000 and 2008—when he wasn’t a major player on the national stage. He was certainly a devoted public servant, in his own way of defining service to a nation he clearly loved (that, too, is hard to deny). And I take that seriously, as someone who also tries to be of service to society, albeit in a very different way. As a human-rights advocate, I honor the courage and tenacity he displayed as a tortured prisoner of war, even as I will never honor the war in which he flew bombing missions as a naval aviator. I admire his personal and political opposition to the Bush-Cheney regime’s indefensible use of torture tactics in the so-called “War on Terror,” even as I will never abide or excuse his vocal support for the wars in Afghanistan and Iraq and his ongoing advocacy for the so-called “surge” and liberal use of drones during the Obama presidency. Even as I understand why some of my friends and family members and students have, like McCain, chosen to serve in the military, I will never accept the term “war hero”—war being one of our chronic national addictions, and “hero” being one of the most overused words in our vocabulary. I say this as the grandson of two men who fought in US-led wars in the middle of the last century, as the brother and husband of two men whose fathers also fought in Vietnam, and as the friend of men and women who have fought in Afghanistan and Iraq. I have seen firsthand how wars can ruin people, physically and psychologically, and how this has pernicious ripple effects across generations. There is nothing “heroic” about war, especially wars led by the United States, even the so-called “great” ones. (I have written about these matters before, here and here, in these very pages.) These are just some of the reasons why I’m a pacifist."