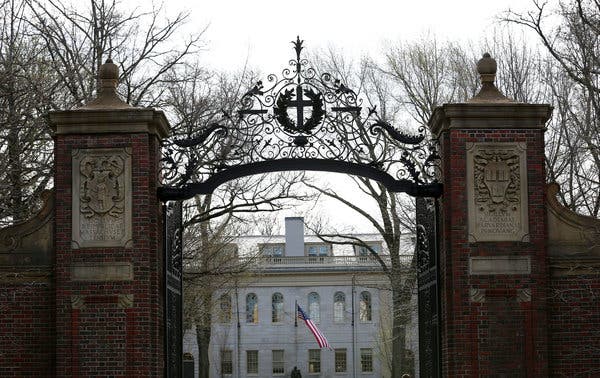 "WASHINGTON — The Justice Department lent its support on Thursday to students who are suing Harvard University over affirmative action policies that they claim discriminate against Asian-American applicants, in a case that could have far-reaching consequences for the use of affirmative action in college admissions.

In a so-called statement of interest, the department supported the claims of the plaintiffs, a group of Asian-Americans rejected by Harvard. They contend that Harvard has systematically discriminated against them by artificially capping the number of qualified Asian-Americans from attending the school in order to advance less-qualified students of other races.

In its filing, the Justice Department argued that the court should deny Harvard’s request to dismiss the case before trial.

The government said that Supreme Court rulings require that universities considering race in admissions meet several standards. They must define their diversity-related goals and show that they cannot meet those goals without using race as a factor in admissions decisions..."