Supreme Court Upholds Ohio’s Purge of Voting Rolls - The New York Times- As the Sisyphean cycle of America's downward roll on human rights continue a parallel to the late 19th Century become even clearer to the doubters and naysayers. 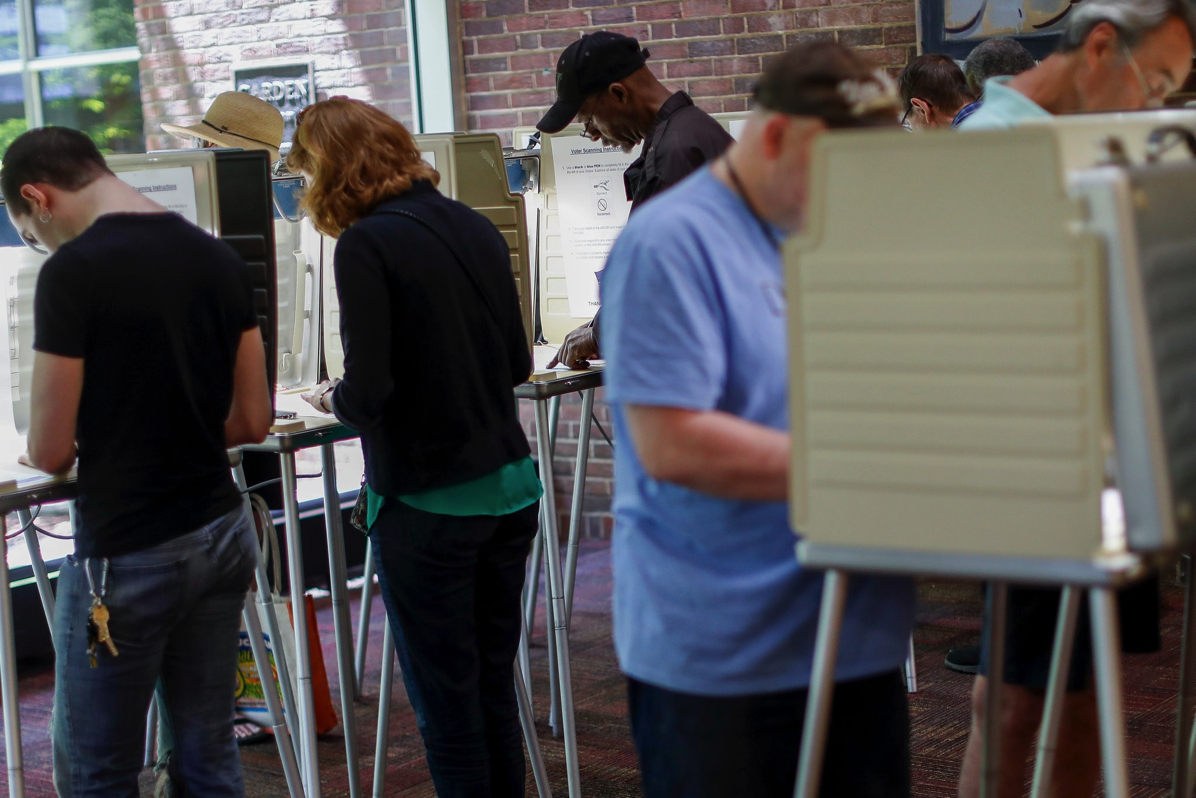 "WASHINGTON — The Supreme Court on Monday upheld Ohio’s aggressive efforts to purge its voting rolls.
The court ruled that a state may kick people off the rolls if they skip a few elections and fail to respond to a notice from state election officials. The vote was 5 to 4, with the more conservative justices in the majority.
The case concerned Larry Harmon, a software engineer and Navy veteran who lives near Akron, Ohio. He voted in the 2004 and 2008 presidential elections but did not vote in 2012, saying he was unimpressed by the candidates. He also sat out the midterm elections in 2010 and 2014.

But in 2015, Mr. Harmon did want to vote against a ballot initiative to legalize marijuana and found that his name had been stricken from the voting rolls.

Federal laws prohibit states from removing people from voter rolls “by reason of the person’s failure to vote.” But they allow election officials who suspect that a voter has moved to send a confirmation notice.

The central question in the case was whether a failure to vote could be the reason to send out the notice.
Ohio is more aggressive than any other state in purging its voter rolls. After skipping a single federal election cycle, voters are sent a notice. If they fail to respond and do not vote in the next four years, their names are purged from the rolls.
A few other states use similar approaches, but not one of them moves as fast.

“Ohio is the only state that commences such a process based on the failure to vote in a single federal election cycle,” said a brief from the League of Women Voters and the Brennan Center for Justice. “Literally every other state uses a different, and more voter-protective, practice.”

The United States Court of Appeals for the Sixth Circuit, in Cincinnati, ruled in favor of Mr. Harmon in 2016, saying that Ohio had violated the National Voter Registration Act of 1993 by using the failure to vote as a “trigger” for sending the notices.
Without that decision, “the ballots of more than 7,500 eligible Ohioans would have gone uncounted in the November 2016 election,” Mr. Harmon’s lawyers at Demos, a liberal think-tank, and the American Civil Liberties Union wrote in a Supreme Court brief.

A Reuters study in 2016 found that at least 144,000 people were removed from the voting rolls in recent years in Ohio’s three largest counties, which are home to Cleveland, Cincinnati and Columbus.
“Voters have been struck from the rolls in Democratic-leaning neighborhoods at roughly twice the rate as in Republican neighborhoods,” the study found. “Neighborhoods that have a high proportion of poor, African-American residents are hit the hardest.”

The Justice Department for decades took the position that failing to vote should not lead to disenfranchisement. In the appeals court, the Obama administration filed a brief supporting Mr. Harmon.
After the last presidential election, the department switched sides in the case, Husted v. A. Philip Randolph Institute, No. 16-980.