Driving While Black Has Gotten Even Worse; Four years after Ferguson, some stark data from Missouri. – Mother Jones 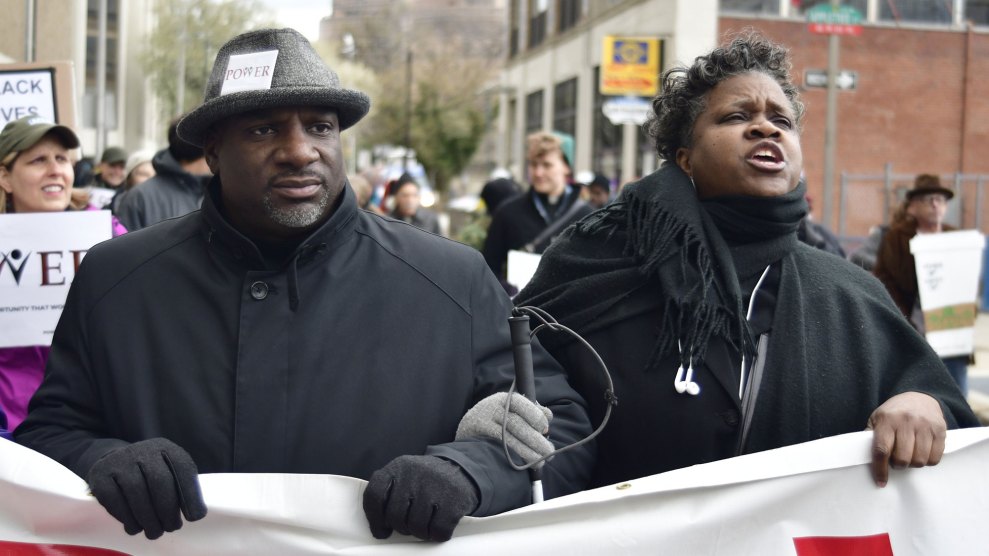 '... And people question whether racism in America is permanent.  I guess for many it is hard to give up on a false narrative of American progress they have worshipped all of their lives.

"A protest in April after the controversial arrest of two black men at a Starbucks in Philadelphia.Bastiaan Slabbers / ZUMA

There is a stark new statistic out from the office of Missouri Attorney General Josh Hawley: In 2017, black drivers in the state were 85 percent more likely to be pulled over than white drivers. That’s an even greater disparity than the state AG’s office found when it gathered the same data last year—and the biggest disparity since it began analyzing traffic-stop data in 2000.

Four years after Ferguson, these numbers suggest that the institutional discrimination that launched a national protest movement—sparked by the fatal police shooting of Michael Brown—has, if anything, deepened. And they reiterate that the phenomenon is hardly confined to just one troubled municipality; Ferguson’s racial disparity in traffic stops wasn’t even above average for Missouri last year. Of course, as my colleague Brand Patterson has recently shown, you don’t have to be in a car to come in for the driving-while-black treatment—in recent weeks, black people have had the cops called on them for everything from barbecuing at a public park to golfing too slowly."

Driving While Black Has Gotten Even Worse – Mother Jones