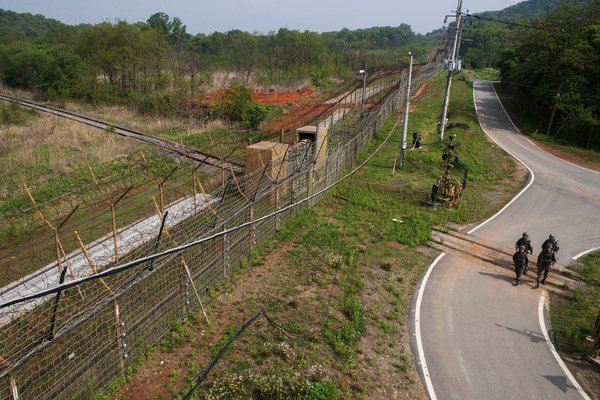 The statement, made by the North’s disarmament negotiator, came hours after state media warned that the summit meeting might be canceled to protest a joint military exercise between the United States and South Korea that began this week.

The warnings caught Trump administration officials off guard and set off an internal debate over whether Mr. Kim was merely posturing in advance of the meeting in Singapore next month or was erecting a serious new hurdle.

In a statement Wednesday, Kim Kye-kwan, a vice foreign minister, rejected the administration’s demand that it quickly dismantle its nuclear program as Libya did 15 years ago, singling out John Bolton, Mr. Trump’s new national security adviser, for condemnation..."

North Korea Threatens to Call Off Summit Meeting With Trump - The New York Times
Posted by John H Armwood II at 5:26 AM