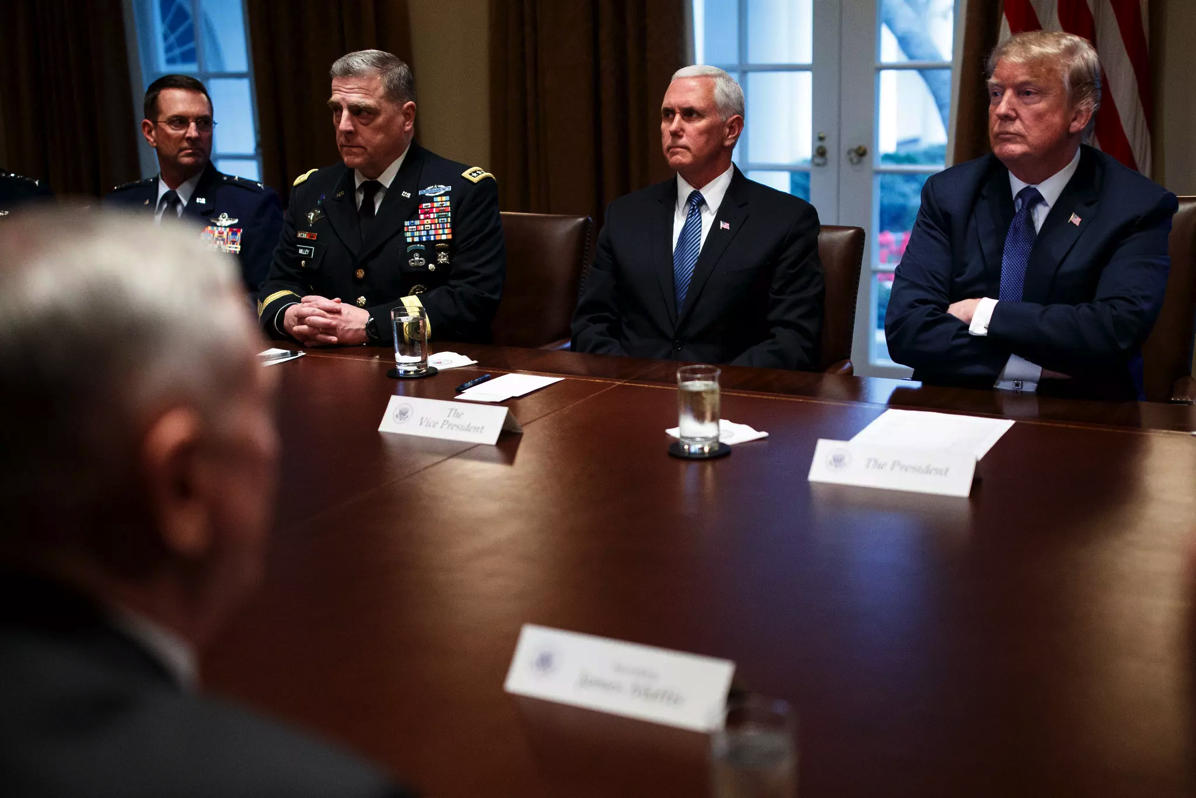 "President Trump’s announcement Friday night that the United States, France and Britain had launched airstrikes against Syria in response to a chemical weapons attack might have surprised the people who listened to him campaigning in 2016, when he repeatedly critiqued “stupid” Middle Eastern interventions.
Yet since entering office, Mr. Trump has reversed course. He evidently shares the assumption that America must do something in response to atrocities in Syria — a wholehearted embrace of the Washington bias toward action.

In this, Mr. Trump and his predecessor have something in common: Both he and Barack Obama came into office promising to change America’s foreign policy, but when faced with crises, both yielded to pressure to intervene. This bias toward action is one of the biggest problems in American foreign policy. It produces poorly thought-out interventions and, sometimes, disastrous long-term consequences, effects likely to be magnified in the era of Mr. Trump.

The concept of a bias for action originated in the business world, but psychological studies have shown a broad human tendency toward action over inaction. Researchers have found that World Cup goalkeepers, for example, are more likely to dive during a penalty kick, though they’d have a better chance of catching the ball by remaining in the center of the goal.
Of course, foreign policy has higher stakes than business or soccer. But historians and political scientists have also applied this concept to explain the decisions of leaders like George W. Bush, whose impetuous choices have been attributed by scholars to his “impatience for unnecessary delay.”

The American policymaking system reinforces this tendency. Political pressure and criticism from opponents, combined with the news media’s habit of disparaging inaction, can render even the most cautious leaders vulnerable to pressure. America’s overwhelming military strength and the low cost of airstrikes only add to the notion that action is less costly than inaction.
Consider the reaction to two other recent intervention decisions.

In 2013, Mr. Obama chose not to approve military strikes against Syria. Instead, he negotiated the removal of most of Syria’s chemical weapons, an imperfect compromise, but one that reduced the risk of chemical weapons attacks on civilians for several years.

In 2017, in contrast, Mr. Trump chose to authorize missile strikes on Syria in response to another chemical attack. The American strikes cratered a few runways but did little to stop continuing attacks on civilians and the Syrian government’s continued use of chemical weapons.

While the first decision arguably had more positive impact on the conflict, Mr. Obama was widely criticized for his inaction. Mr. Trump was lauded for his inconsequential strike, with even critics like Fareed Zakaria proclaiming after the strike, “I think Donald Trump became president of the United States.” Action receives praise; inaction receives ridicule.
Acting too quickly means that policymakers don’t have full information when making key decisions, and it prevents them from carefully considering the long-term consequences. In best-case scenarios, like Mr. Trump’s 2017 Syrian airstrikes, the harm done of rushing to action is minor. In other cases, it can be disastrous. Just look at the Obama administration’s 2011 decision to intervene in Libya.
The speed of that decision — relying on limited intelligence and questionable assumptions about impending genocide — effectively committed the United States to overthrowing Muammar Qaddafi. The result was the European refugee crisis and a civil war that scholars believe has killed more civilians than the initial intervention saved. Indeed, Mr. Obama’s own reflections on Libya (as well as Iraq) and his criticisms of the bias for action in American foreign policymaking were ultimately behind his decision to resist pressure to strike Syria in 2013. Mr. Obama came to understand that poorly thought-out military interventions can be even costlier.

Donald Trump is not Barack Obama. If Mr. Obama found it challenging to resist the bias for action in foreign policy, imagine how difficult it is for a president with questionable impulse control, a military-centric foreign policy and a fixation on media praise.

Within a day of the recent chemical attack in Syria, the president’s tweets betrayed a willingness to strike, with no clear goal other than retribution. His advisers reportedly had to persuade him to wait the few days necessary to put together an international coalition and pick appropriate targets.
It takes a determined leader to resist the overwhelming pressure to “do something” in a crisis. Mr. Trump is not that leader.