Opinion | Republicans to the Court: Strike Down the Travel Ban - The New York Times 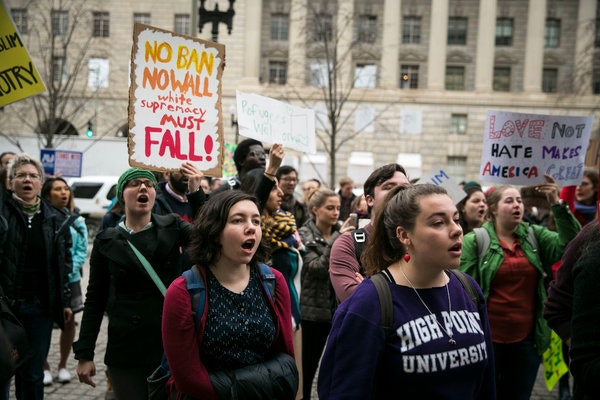 "On Wednesday, the Supreme Court will hear arguments on whether President Trump’s nationality-based travel ban may continue. The case is important to every American and, indeed, the integrity of the republic, because the ban threatens a cornerstone of our system of government: the constitutionally mandated separation of powers.

All presidents push the limits of the separation of powers between the executive, legislative and judicial branches. President Trump’s travel ban tears the fabric.

The legal question before the court is this: Does a president have the authority to ban immigration and travel, based on nationality, in ways that contradict limits set by Congress?

The framers and ratifiers of the Constitution have answered that question. They revolted against the autocracy of a king whose offenses, as cataloged in the Declaration of Independence, included restricting “migrations” and “obstructing the laws for naturalization of foreigners.” This mattered because, as James Madison told the Constitutional Convention, “America was indebted to emigration for her settlement and prosperity.” Accordingly, Article I of the Constitution gives the power over immigration and travel to America by foreigners to Congress, not to the president."

Opinion | Republicans to the Court: Strike Down the Travel Ban - The New York Times
Posted by John H Armwood II at 10:35 AM