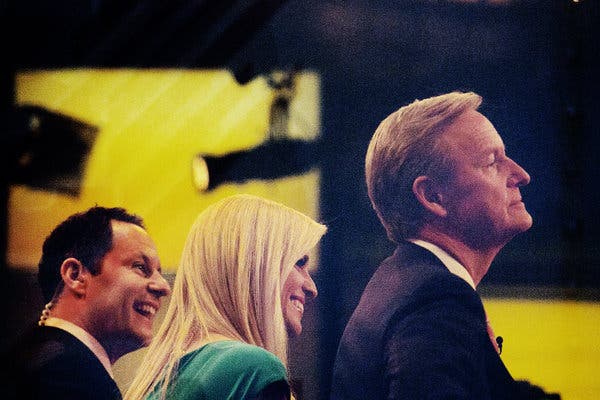 The conversations were predictably shallow, tilted and exploitive. The hosts had a particular knack for asking the idiotic with chipper earnestness, spewing venom through simpering smiles. There was, I felt, maleficence at work with a pretense of positivity.

I knew well that I was swimming in a shallow intellectual pool, and yet I told myself that I was doing yeoman’s work, doing my small part to try and correct misinformation and to reach those lost in Fox’s fog.

But I soon discovered that the show, and indeed the network, was beyond redemption.

I was simply being used to help give the show the appearance of fairness, impartiality and legitimacy, when it was anything but.

Appearing on Fox, I became part of the disinformation machine rather than hobbling it. So, I cut ties, stopped responding to their requests and stopped the appearances.

I never saw the show as anything more than a carnival, a propaganda tool for conservatives. I would never have thought that the show’s hosts would emerge as the most influential in American media, as the website Mediaite dubbed them.

Countless media outlets have written and talked about the strangely intense connection between Trump and the show.

As The Guardian put it, “The show manages to serve as a court sycophant, whispering in the ear of the king, criticizing his perceived enemies and fluffing his feathers.”

Opinion | Horror of Being Governed by ‘Fox & Friends’ - The New York Times
Posted by John H Armwood II at 8:40 AM