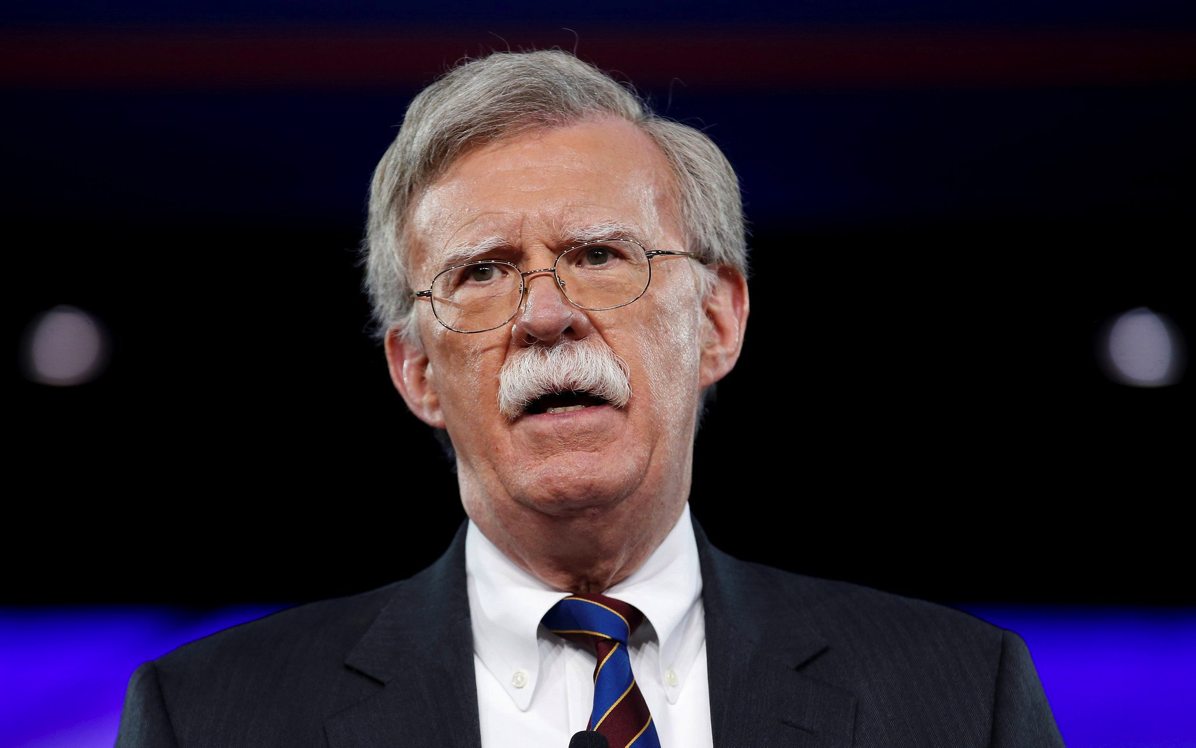 "The good thing about John Bolton, President Trump’s new national security adviser, is that he says what he thinks.

The bad thing is what he thinks.

There are few people more likely than Mr. Bolton is to lead the country into war. His selection is a decision that is as alarming as any Mr. Trump has made so far.

Coupled with his nomination of the hard-line C.I.A. director, Mike Pompeo, as secretary of state, Mr. Trump is indulging his worst nationalistic instincts. Mr. Bolton, in particular, believes the United States can do what it wants without regard to international law, treaties or the political commitments of previous administrations.

He has argued for attacking North Korea to neutralize the threat of its nuclear weapons, which could set off a horrific war costing thousands of lives. At the same time, he has disparaged diplomatic efforts, including the talks planned in late May between Mr. Trump and the North Korean leader, Kim Jong-un. He not only wants to abrogate the six-party deal that, since 2015, has significantly limited Iran’s nuclear program, he called for bombing Iran instead. He has also maligned the United Nations and other multilateral conventions, as Mr. Trump has done, favoring unilateral solutions.

Over a 30-year career in which he served three Republican presidents, including as United Nations ambassador and the State Department’s top arms control official, Mr. Bolton has largely disdained diplomacy and arms control in favor of military solutions; no one worked harder to blow up the 1994 agreement under which North Korea’s plutonium program was frozen for nearly eight years in exchange for heavy fuel oil and other assistance. The collapse of that agreement helped bring us to the crisis today, where North Korea is believed to have 20 or more nuclear weapons.
While Mr. Trump’s criticism of the Iraq war during the campaign raised the possibility that he might take a less aggressive stance on foreign policy, no one was a more vociferous proponent of that disastrous invasion than Mr. Bolton, a position he has not renounced. At the time, Mr. Bolton said Iraqis would welcome American troops and the United States’ military role would be over quickly as Iraqis exercised their new freedom from Saddam Hussein and established a democracy. It was the sort of simplistic and wrongheaded position he takes on most policies.
Mr. Bolton will replace H.R. McMaster, the three-star general who had cautioned against jettisoning the Iran nuclear deal without a plan for what came next, among other policy differences with the president. Mr. Bolton would be the third national security adviser in Mr. Trump’s 14 chaotic months in office.

While General McMaster never had a smooth time in the White House, Mr. Bolton already has a relationship of sorts with Mr. Trump since he has met with the president a number of times and is a commentator on Fox News, which the president spends much of his time watching.
He campaigned hard for the job, even after Mr. Trump previously rejected him for both that position and secretary of state, in part because the president didn’t like his bushy mustache — seriously.

The national security adviser is the person who makes sure the president hears the views of all the national security agencies, including the State Department and Defense Department, and drives policy toward a decision. It is hard to see Mr. Bolton playing the honest broker. Mr. Bolton is known to play a ruthless inside game as he maneuvered to win bureaucratic battles and freeze out people he thinks crossed him. He has been such a lightning rod that he couldn’t get confirmed as United Nations ambassador in 2005 so President George W. Bush gave him a recess appointment, and he stayed in the job about a year. It was considered unlikely that the Senate could have confirmed him as secretary of state, but the national security adviser job doesn’t require confirmation.

Bringing on the fiery Mr. Bolton now, at a delicate moment with North Korea, is a terrible decision. While Mr. Trump has often threatened North Korea with military action, he accepted Mr. Kim’s invitation to a summit, brokered by South Korea’s president, who is eager for a diplomatic solution to the nuclear crisis.

Mr. Bolton, by contrast, told Fox News earlier this month that talks would be worthless and has called South Korean leaders “putty in North Korea’s hands.” On February 28, he insisted in a Wall Street Journal op-ed that “it is perfectly legitimate for the United States to respond to the current ‘necessity’ posed by North Korea’s nuclear weapons by striking first.”

Last summer he wrote in the Journal, “The U.S. should obviously seek South Korea’s agreement (and Japan’s) before using force, but no foreign government, even a close ally, can veto an action to protect Americans from Kim Jong Un’s nuclear weapons.”

On Iran, Mr. Bolton and the president are in sync, with both arguing that the United States should withdraw from the nuclear agreement by a May deadline. In March 2015, he argued in a New York Times op-ed that only military action like Israel’s 1981 attack on Saddam Hussein’s Osirak reactor in Iraq or its 2007 destruction of a Syrian reactor “can accomplish what is required.”

Going to war in either of these cases would not only create unnecessary bloodshed, it would be disastrous for the United States and its allies, South Korea and Japan. The Iran deal has substantially halted the nuclear program and needs to be maintained. Negotiations between the United States and North Korea, given a new impetus by Mr. Trump and Mr. Kim, need to be tested.

Mr. Bolton’s position on Russia, that NATO must have a strong response to the Kremlin-linked poisoning of a former Russian spy in Britain, is somewhat better than Mr. Trump’s. But his rejection of a two-state solution to the Israeli-Palestinian conflict and endorsement of a book by the anti-Muslim activist Pam Geller are unacceptable positions for a top American official.

Mr. Bolton is certain to accelerate American alienation from its allies and the rest of the world. Congress may not be able to stop his appointment, but it should speak out against it and reassert its responsibilities under the Constitution to authorize when the nation goes to war."