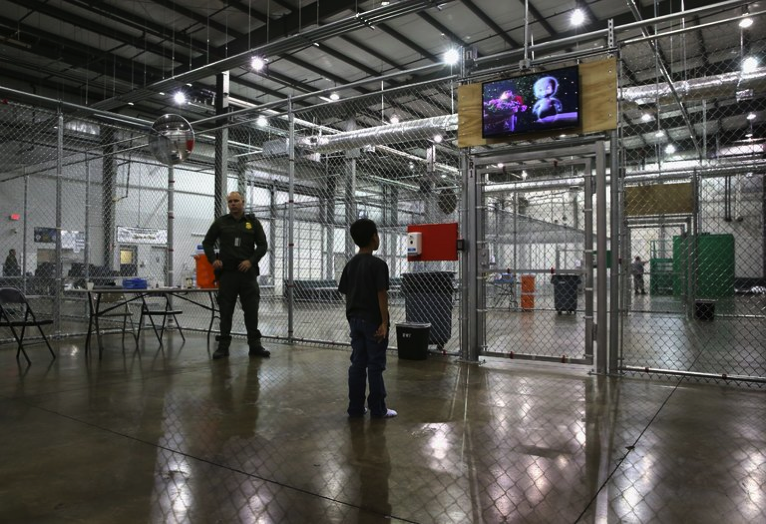 "The Department of Homeland Security may soon formalize the abhorrent practice of detaining the children of asylum-seekers separately from their parents. Immigrant families apprehended at the southwest border already endure a deeply flawed system in which they can be detained indefinitely. In this immigration system, detainees too often lack adequate access to counsel. But to unnecessarily tear apart families who cross the border to start a better life is immoral.

Sadly, such separations are already happening. The Florence Project in Arizona documented 155 such cases by October and other immigrant advocacy organizations report that children are being taken away from their parents. If the secretary orders this practice to be made standard procedure, thousands of families could face unnecessary separation.

The Trump administration’s goal is to strong-arm families into accepting deportation to get their children back. Kirstjen Nielsen, the secretary of homeland security, admitted this when she told the Senate on Jan. 16 that separating families may “discourage parents” from seeking refuge in America.

But the increasing informal use of family separation has not proved to be a deterrent. Last year, the number of family apprehensions at the southwestern border skyrocketed from 1,118 families in April to 8,120 in December.

Parents will continue to flee violence to protect their children and themselves. It is reprehensible to punish them for that basic human impulse. It is also despicable that the government would use children as bargaining chips. This policy is tantamount to state-sponsored traumatization.

Those of us who have seen the sites where families are detained and work directly with children and families who have gone through the system know what’s at stake.

The children we work with call the Border Patrol processing stations for migrants stopped at the border “iceboxes” (hieleras) and “dog kennels” (perreras). “I was wet from crossing the river and it was so cold I thought I would die,” one child said.

Another told us: “The lights were kept on day and night. I became disoriented and didn’t know how long I had been there.” A third said: “I was separated from my older sister. She is the closest person in my life. I couldn’t stop crying until I saw her again a few days later.”

In our work we have heard countless stories about detention. But the shock of bearing witness to them is hard to put into words. In McAllen, Tex., you enter a nondescript warehouse, the color of the dry barren landscape that surrounds it. It could be storage for just about anything, but is in actuality a cavernous, cold space holding hundreds upon hundreds of mostly women and children.

Chain-link fencing divides the harshly illuminated space into pens, one for boys, a second for girls and a third for their mothers and infant siblings. The pens are unusually quiet except for the crinkling of silver Mylar blankets. This is where family separation begins, as does the nightmare for parents and children.

The parents whose sons and daughters have been taken from them are given two options: either agree to return home with their children — or endure having those children sent on to shelters run by the Health and Human Services Department while they themselves languish in detention centers scattered around the country.

This country’s medical and mental health organizations have rightly recognized the trauma of this practice. The American Academy of Pediatrics has condemned immigrant family separation, and family detention overall, as “harsh and counterproductive.” The American Medical Association has denounced family separation as causing “unnecessary distress, depression and anxiety.”

Studies overwhelmingly demonstrate the irreparable harm to children caused by separation from their parents. A parent or caregiver’s role is to mitigate stress. Family separation robs children of that buffer and can create toxic stress, which can damage brain development and lead to chronic conditions like depression, post-traumatic stress disorder and heart disease. For that reason, more than 200 child welfare, juvenile justice and child development organizations signed a letter demanding that the Trump administration abandon this ill-conceived policy.

Family separation is also unjustifiable legally, as “family unity” is central to our immigration laws and our longstanding policy of reuniting citizens and permanent residents with their relatives.

More fundamentally, family separation is anathema to basic decency and human rights. For our government to essentially hold immigrant children as hostages in exchange for the “ransom” of their parents’ deportation is simply despicable.

It is every parent’s nightmare to have a child snatched away. To adopt this as standard procedure to facilitate deportations is inhumane and does nothing to make Americans safer. This country, and Secretary Nielsen, must reject family separation.

The Cruel Ploy of Taking Immigrant Kids From Their Parents - The New York Times: ""