For John Bolton, war is the answer - The Washington Post 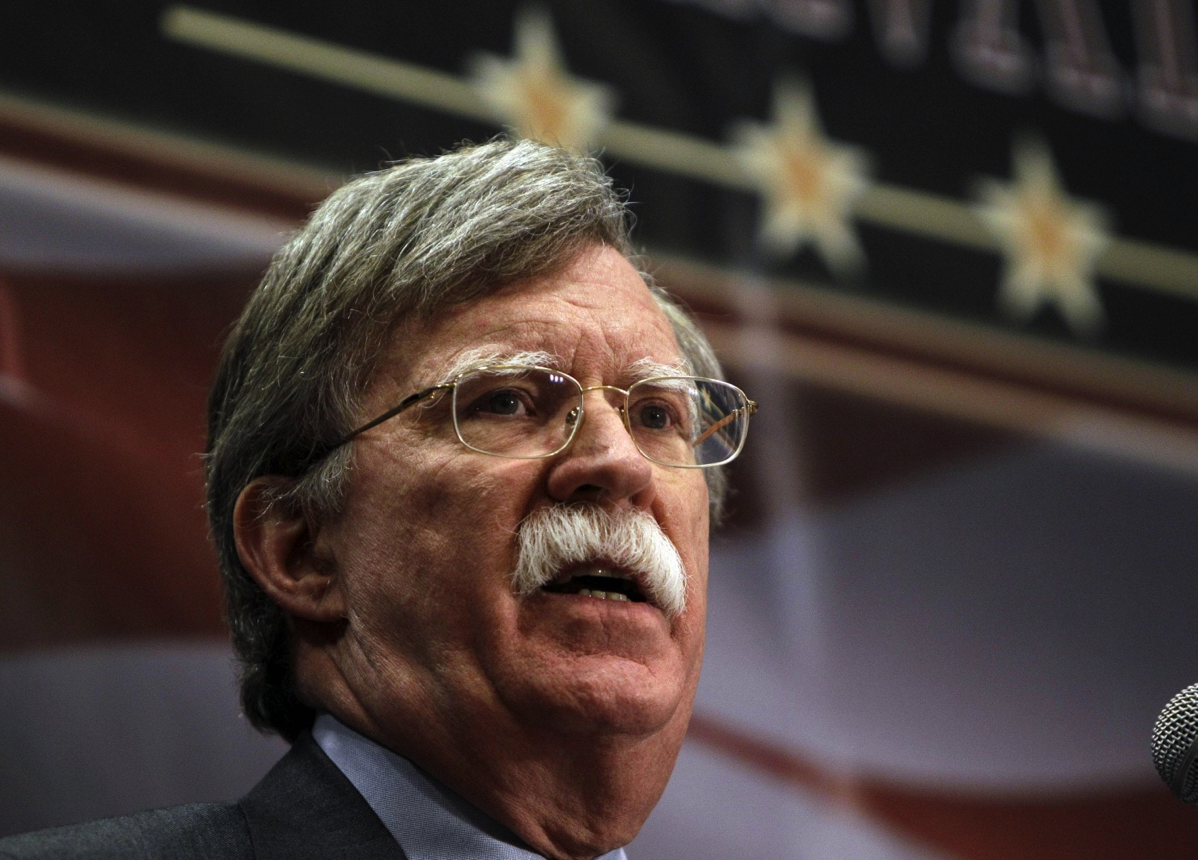 But John Bolton’s avocation is exactly what his vocation was: He makes war.

The former Bush State Department official, U.N. ambassador and champion of the Iraq war is exceptionally good at his hobby. At the moment, the Obama administration is trying to nail down a nuclear agreement with Iran, and hawks in Congress are pushing instead for tougher sanctions. But Bolton, now at the conservative American Enterprise Institute, is leading the charge for a third alternative: immediate bombing.
For the mustachioed man of war, force is the option of first resort. The military option isn’t just on the table — it’s the only thing on the menu.
“The inescapable conclusion is that Iran will not negotiate away its nuclear program,” Bolton wrote last week in a New York Times op-ed. “Nor will sanctions block its building a broad and deep weapons infrastructure. The inconvenient truth is that only military action” like Israel’s previous strikes on reactors in Iraq and Syria “can accomplish what is required.”

He suggested that “the United States could do a thorough job of destruction, but Israel alone can do what’s necessary.” That could buy three to five years to work on “regime change in Tehran.”

Bombs and regime change? It sounds so 2003. But there’s something refreshing and honest about Bolton’s assessment of the situation. Even if one doesn’t share his skepticism that a diplomatic solution in Iran is possible, he is almost certainly correct that the alternative to a negotiated settlement is not stronger sanctions — it’s war.

On Wednesday, I went over to AEI to hear Bolton expand on his views at a forum asking “Is Iran the new North Korea?” The answer, from Bolton’s perspective, was obvious: Iran should be the next Iraq — a war Bolton evidently is still fighting.
“Now, what about the case of Iraq?” Bolton asked rhetorically after discussing North Korea. “The sanctions have been imposed in light of Security Council decisions by the European Union and others —”

Fellow panelist George Perkovich of the Carnegie Endowment for International Peace interrupted Bolton. “You mean Iran,” he said. “You said Iraq.”
“Thank you. Appreciate it,” Bolton, an architect of that earlier war, responded. “In the case of Iran . . .”
Other than Perkovich, the other panelists, AEI’s Nicholas Eberstadt and Michael Rubin, were as dismissive as Bolton was of the Obama administration’s negotiations with Tehran. Eberstadt, borrowing some imagery from last week’s Germanwings crash, said Obama was trying to “lock the Congress out of the cockpit in the negotiations that are ongoing now.”

But Bolton, his trademark bushy mustache now white, had no use for that conservative complaint, pointing out that at least 90 percent of international agreements since World War II have not been subject to Senate ratification. “I don’t think it’s so important that the Senate actually gets a shot at this,” he said. “I think in many respects it’s a diversion from where I think [attention] should be, which is what a wretched deal this is.”
Also wretched, he argued, was the call in Congress for new sanctions. “Many people who oppose the Obama administration’s negotiations with the ayatollahs over the nuclear weapons issue have said that economic sanctions can solve the problem of a nuclear Iran. This is fundamentally false,” he said.

That leaves one violent alternative — a conclusion Bolton’s AEI colleague Rubin didn’t share. Rubin said it would just delay Iran’s nuclear ambitions. “Without having a policy in place to take advantage of that delay, it’s an irresponsible use of the U.S. military to kick the can down the road,” he said.

During the question time, I noted their different views on bombing, and Bolton interrupted. “So you can write a story about disagreement at AEI — congratulations,” he retorted, before letting me finish.

Rubin gave a thoughtful answer about a comprehensive effort to undermine the Iranian regime. Bolton didn’t answer — and when the session ended, he bolted from the room, two steps ahead of a pursuing camera crew.
It probably didn’t matter what the question was. For Bolton, war is the answer.

For John Bolton, war is the answer - The Washington Post: