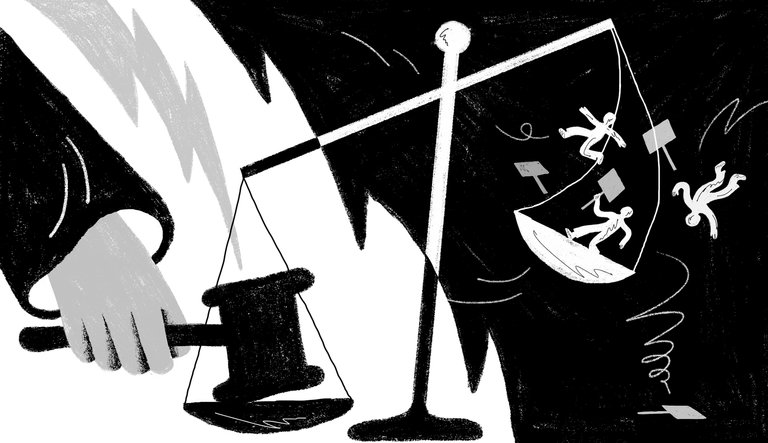 "nominee, Merrick Garland, the veteran federal appeals court judge, to replace Justice Antonin Scalia, who died suddenly two years ago this month? It was a brilliant tactical move by Mr. Obama — picking a moderate, widely respected jurist who had won the highest praise from top Republicans, and giving the court a majority of Democratic-appointed justices for the first time in nearly half a century.

Oh, right. That’s not what happened.

Let’s pause to recall once again what did happen: Justice Scalia’s body wasn’t even in the ground before Mitch McConnell, the Senate majority leader, said he would refuse to consider any nominee President Obama might put forward. The reason, he claimed, was the importance of letting Americans “have a voice in the selection” by voting in the presidential election, which at the time was nine months off. It was his coded way of saying he intended to preserve the court’s Republican-appointed majority at any cost.

Against long odds, Mr. McConnell won. Now parked for life in the seat where Judge Garland should be sitting is the ultraconservative Neil Gorsuch, who we’re supposed to believe represents the “voice” of a citizenry that preferred Hillary Clinton by a margin of nearly three million votes.

That enormously consequential swap is already having concrete effects on American society, and very likely will determine the outcome of a case the justices heard on Monday — a challenge to the ability of public-sector unions to charge nonmembers for expenses related to collective bargaining, such as negotiations over wages, hours and working conditions. The plaintiff says his First Amendment rights are violated by being forced to pay these so-called fair-share fees to a union whose political positions he disagrees with.

Legally, this should be an easy win for the unions. The Supreme Court upheld fair-share fees four decades ago in a unanimous ruling it has reaffirmed repeatedly, and on which more than 20 states have relied in negotiating thousands of contracts covering millions of public employees, including firefighters, teachers and police officers. The logic is simple: When the government is an employer, it has more control over its employees’ speech than over that of regular citizens. Any burden the fees impose on employees’ First Amendment rights is justified by the need to eliminate free riders — workers who enjoy union benefits without having to pay for them, which can deplete the unions’ resources in states where they are legally required to represent all workers, members and nonmembers alike. Anti-union advocates dismiss the free-rider concern, but it’s very real: In states that have ended the fees, more than one-third of public-school teachers are free riders."

We All Must Live With Mitch McConnell’s Proudest Moment - The New York Times
Posted by John H Armwood II at 12:14 AM