The Progressive Case for the Philadelphia Eagles (Seriously) The Eagles are a living rebuke to anyone who thinks social consciousness is a distraction from winning or a repellent to fans. The Nation 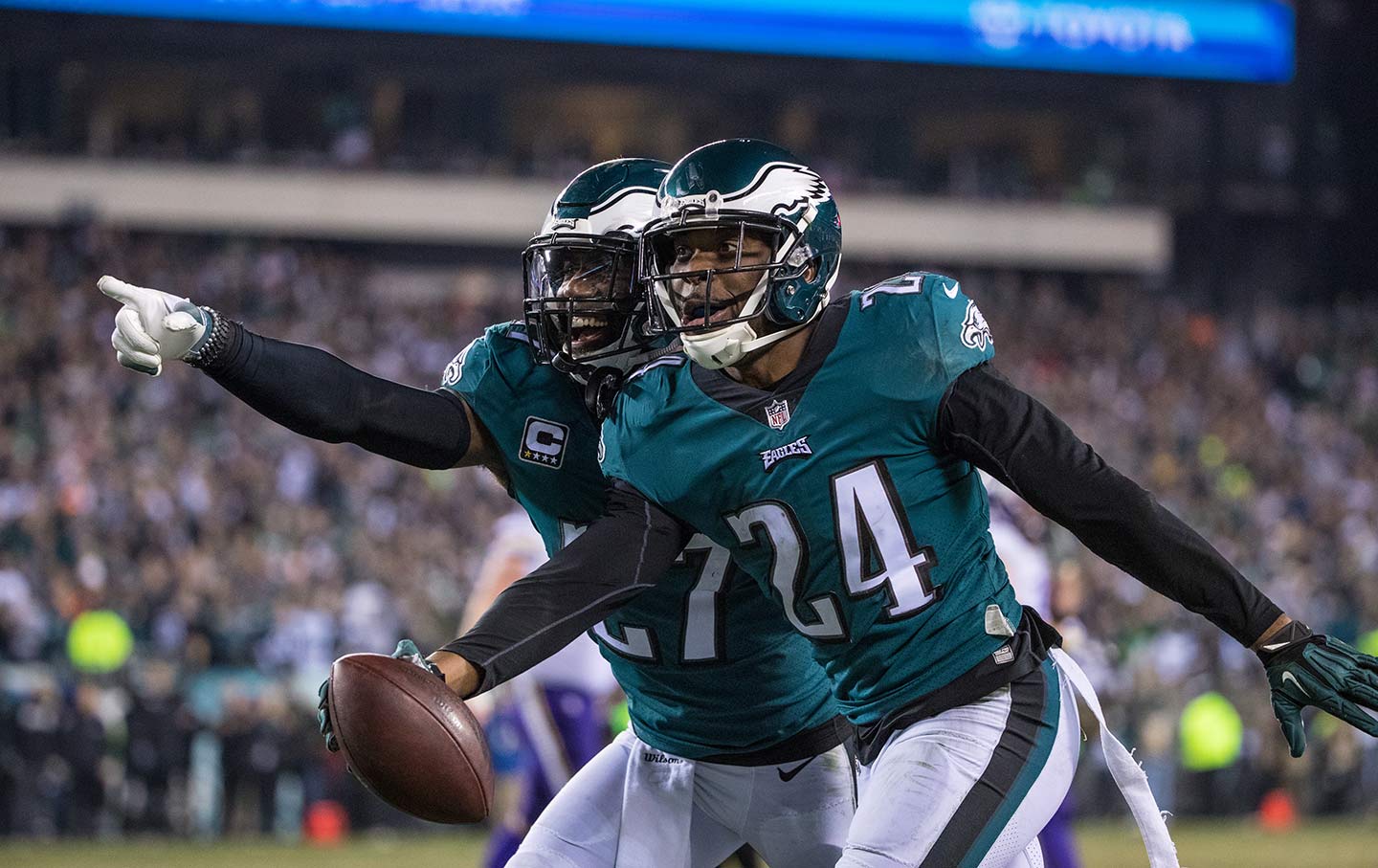 "The city is also a complicated, contradictory place to cheer: It’s the city of racist Mayor Frank Rizzo and the MOVE bombing under Mayor Wilson Goode. It’s the city that made a statue of fictional white boxer Rocky Balboa instead of the black boxer from Philly from whom so much of Sylvester Stallone’s creation was appropriated, Joe Frazier. It’s the city where you can buy a right-wing cheesesteak at the “English-Only” Geno’s, and bray for the execution of onetime Philly journalist Mumia Abu-Jamal. But it’s also a city where as of 2015, a Frazier statue now exists. It’s the city of powerful anti-Nazi demonstrations and where DA Larry Krasner was elected this past year, with heightened expectations that he would use his post to advocate against mass incarceration and for social justice. It’s a city of resistance in the time of Trump, and old Philly stereotypes need not apply.

This is also a city that has also spent the season rooting for a group of players who have been especially socially conscious in 2017. It is the team of star safety Malcolm Jenkins, who spent most of this past year raising his fist during the anthem and forming the Players Coalition to negotiate with NFL owners to financially support causes fighting for racial equality. Even if one disagrees with the strategies of the Players Coalition, thinking it was too quick to compromise the player protests, this was an extraordinary way for Jenkins to spend his season, while leading this team to the number-one seed in the NFC.

This is the team of Chris Long, who after playing for the Patriots last year, refused on political grounds to go to the White House. He then went to Philly and became publicly political after Nazis held their deadly march in his hometown of Charlottesville. Long donated his game checks to local scholarships and said in a statement, “In August, we watched people fill our hometown streets with hatred and bigotry. Megan [Long’s wife] and I decided to try to combat those actions with our own positive investment in our community. We want these scholarships to be reflective of what the ‘Cville’ community is really about—supporting one another, social equality and building up those in our community who need it. We hope our investment will change the lives of the students who receive the scholarship and in turn, those students can positively impact others.”

Long also spent the season, putting his hand on Malcolm Jenkins’s shoulder, as Jenkins raised his fist during the anthem, creating an iconic image of solidarity that will stand the test of time."

The Progressive Case for the Philadelphia Eagles (Seriously) | The Nation
Posted by John H Armwood II at 8:56 PM