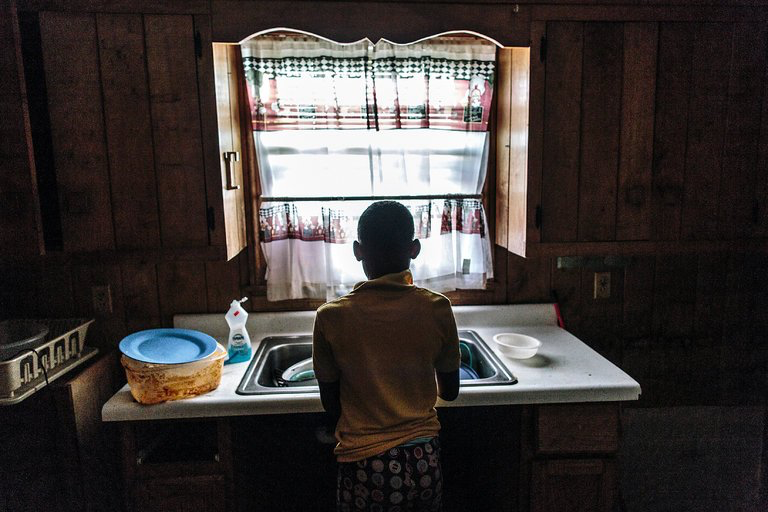 "Hazleton, Pa. — President Trump’s new plan to limit and control what low-income families can eat is short on both compassion and common sense.
The president’s proposed budget that was unveiled this week includes a radical change to the way the food-stamps program, known as the Supplemental Nutrition Assistance Program, works. Now, recipients of SNAP benefits choose produce, meat, fish and other groceries for themselves. Under his proposal many SNAP recipients would have half their monthly benefits replaced by packages of food selected by the government.
According to the Department of Agriculture, this program, called America’s Harvest Box, would involve about 81 percent of all SNAP households. The boxes would consist of “shelf-stable” foods like peanut butter, pasta and canned goods, but the plan is skimpy on other details, such as specifics on how exactly these food packages would be distributed.

As someone who grew up needing food stamps and free school lunches, I cannot understand the logic or lack of empathy behind this plan.
I spent my entire childhood in poverty, reliant on public assistance from the day I was born until my high school graduation and with a few brief sporadic returns after that. Some of my most vivid childhood memories involve accompanying my mother to the store, where she exchanged food stamps for the groceries our family needed. In those days, food stamps came in paper form, so she had to perform a ritual at the checkout counter, tearing each voucher from its booklet.

Poor People Deserve Better Than Food in a Box - The New York Times: ""