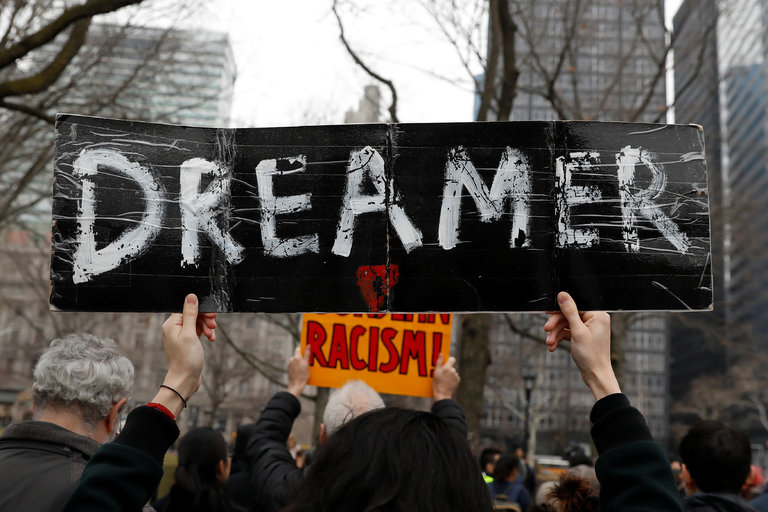 "WASHINGTON — The Supreme Court on Monday rejected an unusual request from the Trump administration to decide whether it was entitled to shut down a program that shields some 700,000 young, undocumented immigrants from deportation.

The court’s decision not to hear the administration’s appeal was expected, as no appeals court has yet ruled on the issue.

The court’s move came amid a complex political battle over immigration generally, and the program at issue in the case, Deferred Action for Childhood Arrivals, or DACA, in particular.

The program shields people who were brought into the United States as children from deportation and allows them to work. The status lasts for two years but is renewable.

The administration did not seek stays of those court orders, and they will remain in place for the time being, allowing much of the program to survive beyond the March 5 deadline..."

Justices Turn Down Trump’s Appeal in ‘Dreamers’ Case - The New York Times
Posted by John H Armwood II at 10:24 AM